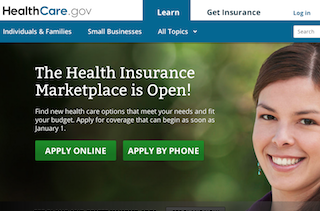 According to a report by the Washington Post, the Affordable Care Act federal exchange website failed tests up to a week before it went live, but officials continued with the rollout anyway.

Just days before the launch, the website was stress-tested to determine whether it could handle large traffic volume, and crashed when only a few hundred participants tried to log on.

It was not the sole warning. Insurance companies asked to preview the program advised Health and Human Services that the website would not be ready by the October 1st launch date, identifying problems with the CMS’ retention of enrollment data and the assimilation of all fifty-five contractors involved in the process. The insurance companies recommended the rollout be either delayed or circumscribed to a particular state as a pilot program.

Officials said the launch date was inflexible, referring to it as “the tyranny of the October 1 date.” Despite this, as of September 26 the site had not been tested to ensure a customer could complete the entire process from logging on to enrolling.

An anonymous source familiar with the project reported HHS is now finding further problems not only with accessing the site, but also shopping for and enrolling in plans, adding that “those issues would have shown up earlier if testing had been done sooner.”

President Barack Obama addressed the website failures in a Rose Garden speech on Monday, pledging a “tech surge” of web experts to address the structural problems with the sites.