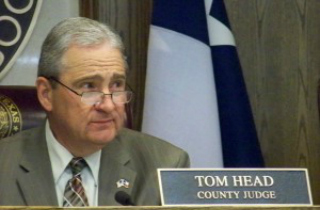 A Texas Republican County Judge fears that a re-election of President Barack Obama could lead to a “civil war” with a potential invasion of United Nations troops, and so he has taken measure to prepare for the unrest.

Lubbock County Judge Tom Head has called for a local tax increase in order to “beef up” the county’s resources in the event of a “civil war” in the wake of an Obama re-election.

Judge Head, a county judge of 13 years, believes that civil unrest would lead to the president handing over United States sovereignty to the U.N., fueling even worse violence at home. “He’s going to try to hand over the sovereignty of the U.S. to the United Nations, what’s going to happen when that happens?” he told FOX-34 in Lubbock.

His proposed tax increase is intended to hire enough law enforcement personnel to protect his county and drive away the U.N. invaders. “I don’t want rookies,” the judge said. “I want trained, equip and seasoned veteran officers to back me.”

Head also said he would gladly confront the invaders himself “in front of their armored personnel carriers” to tell them they aren’t welcome, and the sheriff’s office will act his backup.

“I don’t want U.N. troops in Lubbock County,” he said.