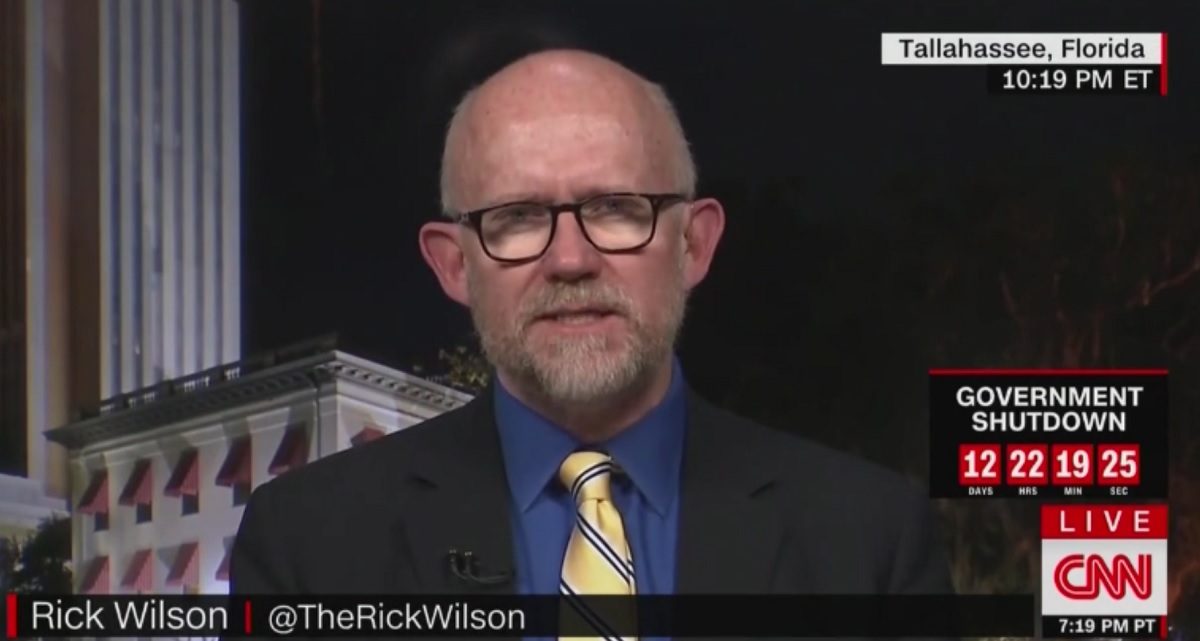 On Friday night, Fox News’ Tucker Carlson ripped Republican strategist Rick Wilson for saying that President Donald Trump‘s wall has been a “con” of his “credulous rube 10-toothed base.”

“Wilson seems to spend most of his life opining in one of those 6-guest shout-fests in boxes that the other channels specialize in. He’s often shouting the loudest. What makes Wilson notable like so many on the left he’s moved on from hating Trump to hate people who voted for Trump,” Carlson said, in part.

So, he shared some of them — along with his response — on Twitter.

Here they are [email addresses omitted]: 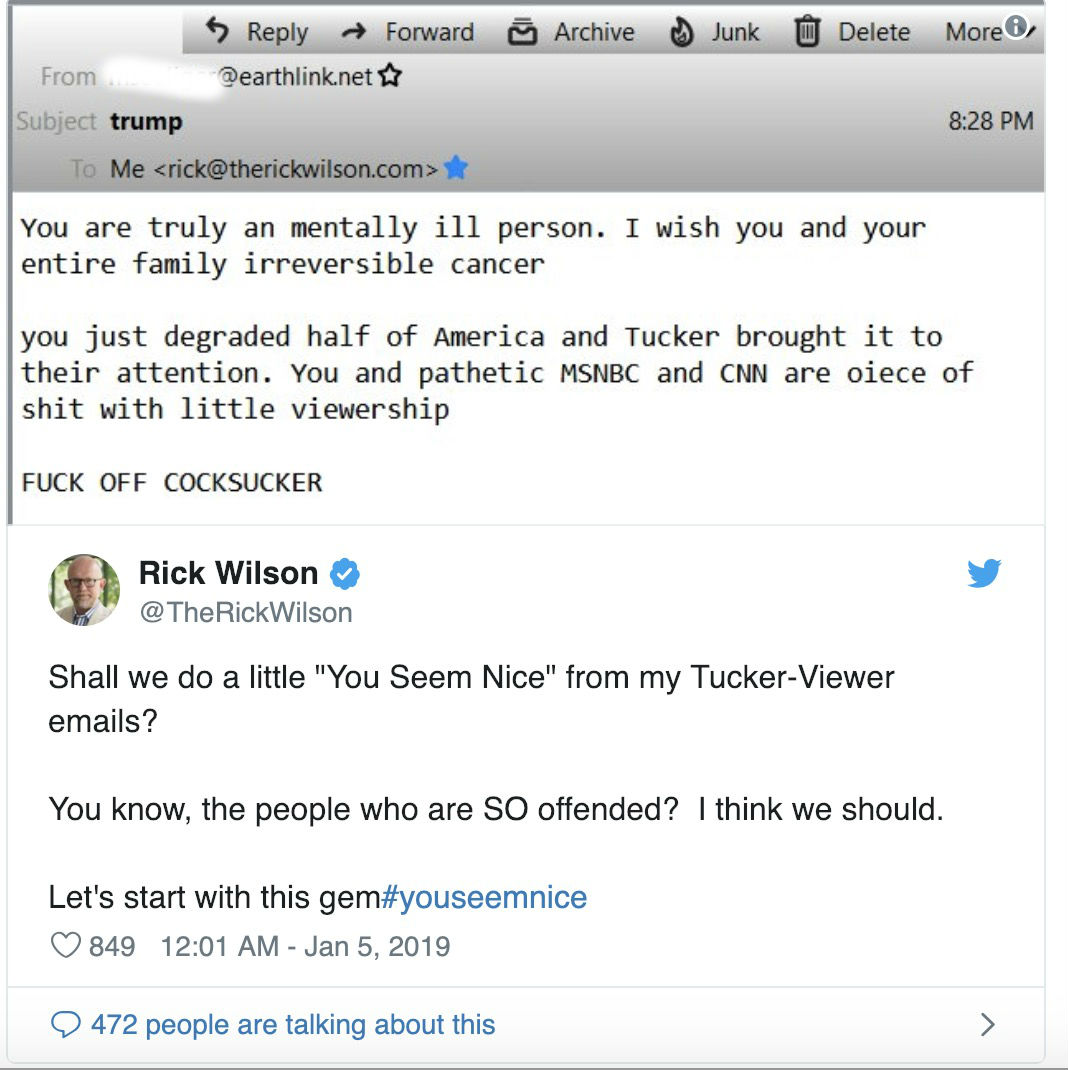 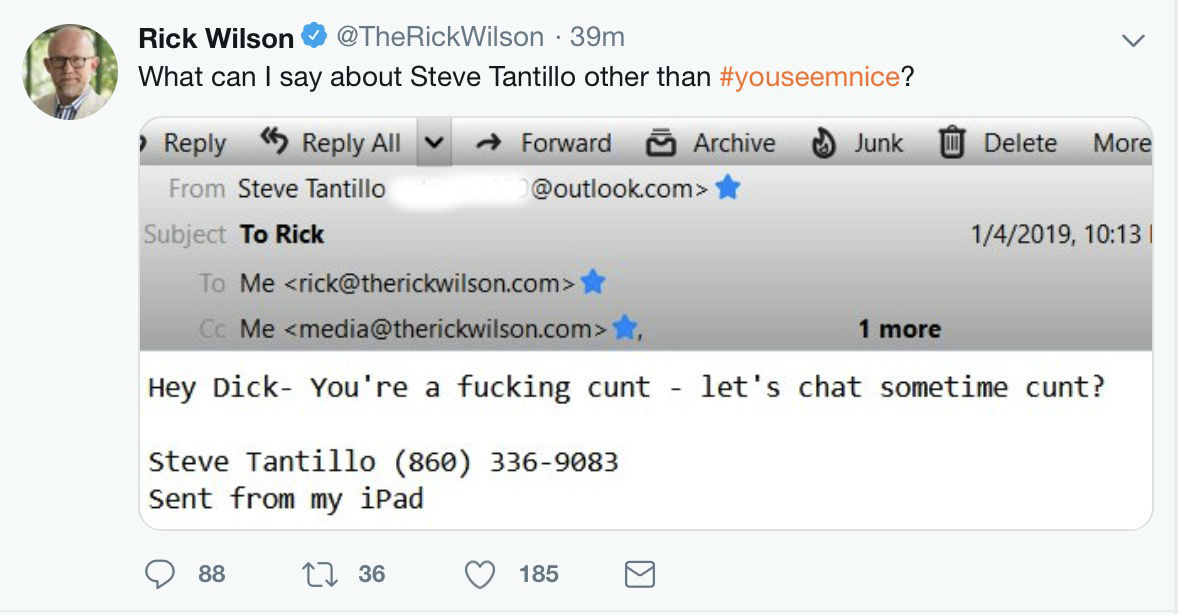 Then there was Dave: 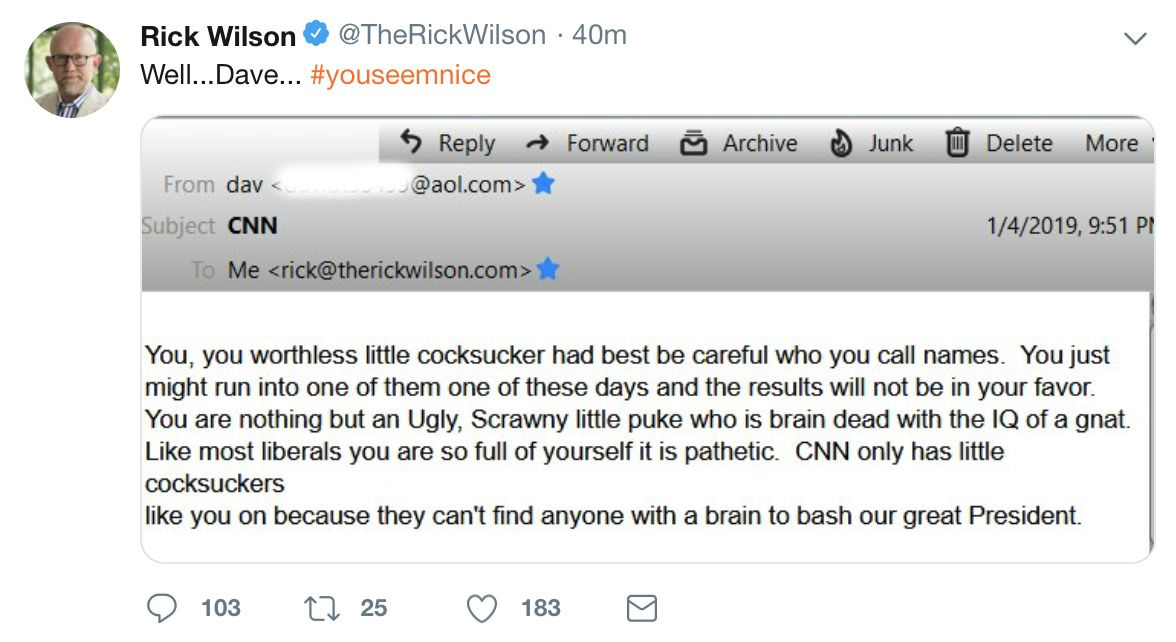 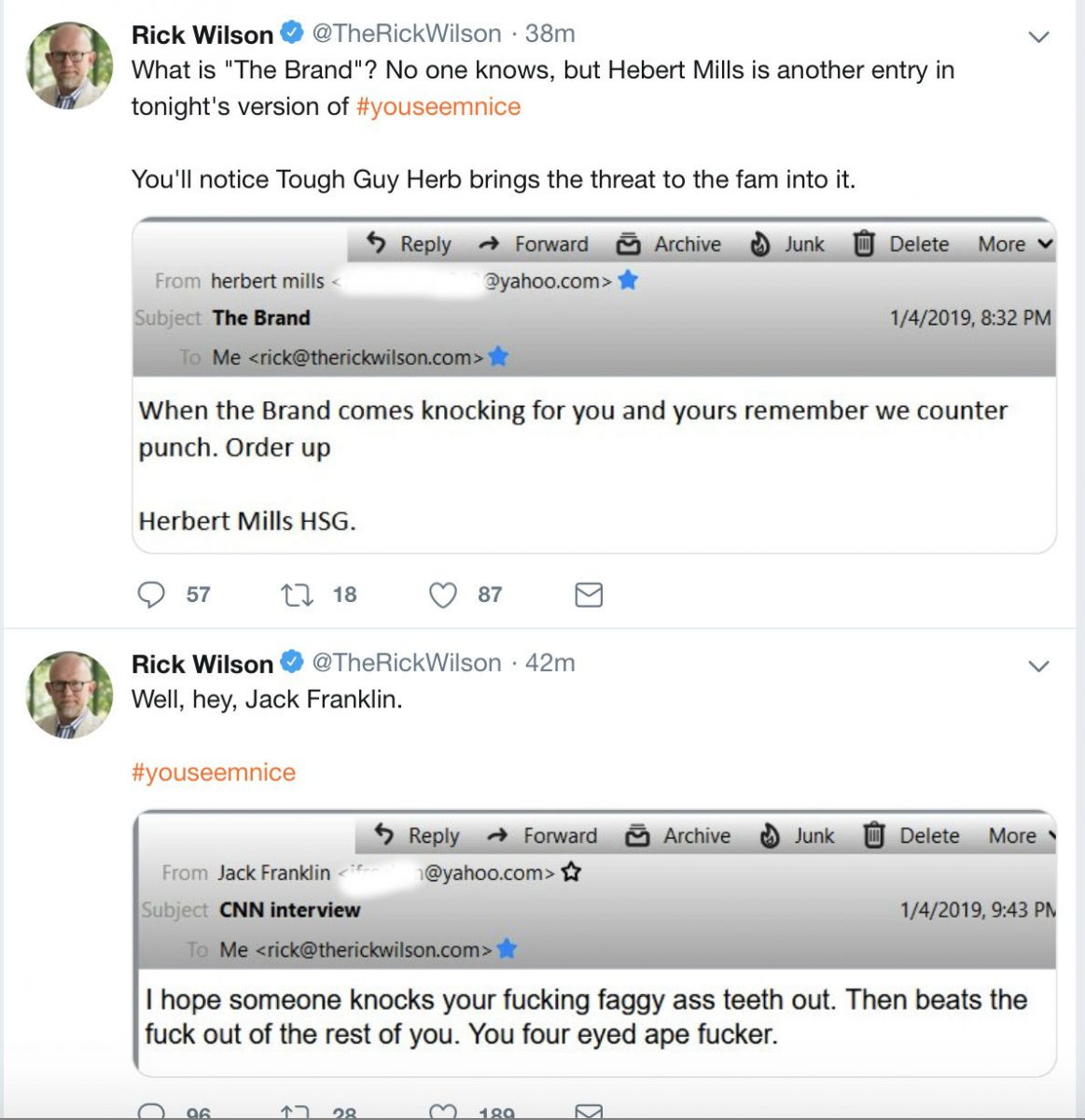 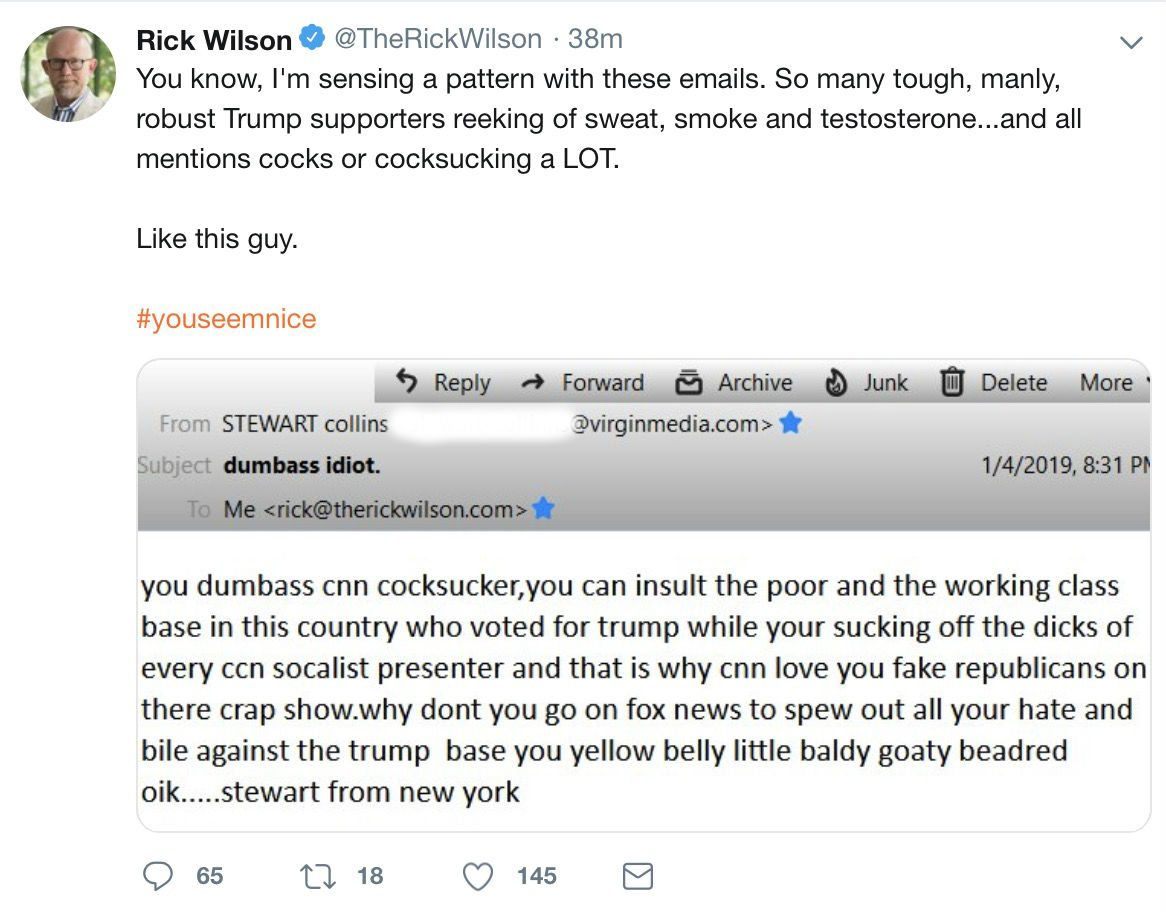 Wilson also made it clear that he did not intend to back down from his talk of Trump’s cons, saying on CNN Friday night,  “Donald Trump loves selling this [the wall] to his base and, again, these are people who are not sophisticated, they are not bright, they do not understand the complexities…”