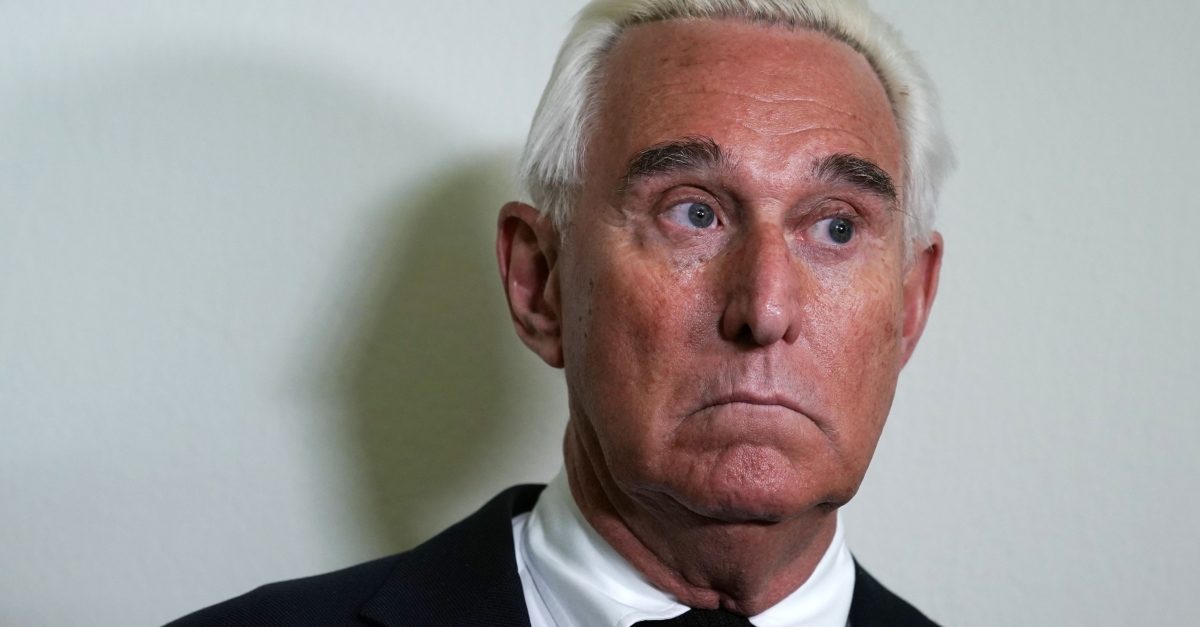 Many wondered how Stone’s indictment would impact Trump, as many of his actions were related to Special Counsel Robert Mueller’s investigation into Russian election interference.

Others pointed out that this was yet another close Trump ally, like Paul Manafort, who has been convicted of multiple felonies following Trump’s 2016 win.

Stone guilty on all counts. As someone who covered Stone pretty extensively the last two years it’s jus wild to see his history of false statements catch up to him in such a big way.

Roger Stone guilty on all counts…

How the hell are the issues in that trial, directly related to Trump/Russia “collusion,” not now going to be central to the #ImpeachingHearings ?!!

A second Trump campaign head is now heading to prison, possibly to die there. So much winning!

Andy McCarthy on FOX saying that it was a slam-dunk case against Stone & the fact that he didn’t testified showed that he was aware of the strength of the evidence & didn’t want to risk increasing his sentence.

wow the guy with the richard nixon back tattoo lied?

Reunited and it feels so go. Stone and Manafort to re-open new “consulting” firm behind bars.

From the people that brought you “lock her up!” comes the hit sequel: pic.twitter.com/fdoVDujYkN

I told you one of us was going to make it through this process, and wasn’t going to be you.

Stone is someone who has gone all in on trying to align himself with Trump in apparent hopes of seeking a pardon. He’s now been found guilty on all seven counts. And we’ll find out whether that gamble pays off. I imagine Giuliani will be watching closely.

Gotham can rest easy tonight. The Penguin has been brought to justice pic.twitter.com/5UVroBVTBC

Don’t worry @RudyGiuliani! I’m sure things are going to work out totally different for you than for Roger Stone, Paul Manafort, Michael Cohen, Mike Flynn and Rick Gates! https://t.co/TtBucSB4lN

List of Trump associates found guilty of crimes related to their work for him:

Damn they convicted my homie Roger ?

Roger Stone has been found GUILTY!

I want to throw a party.