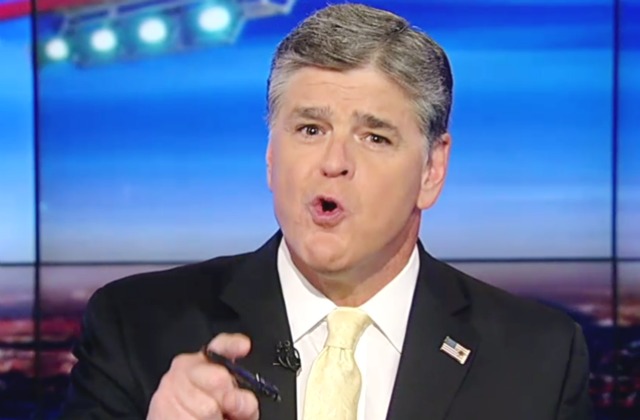 Yesterday, after Fox News reported on the tragic death of Alan Colmes, Sean Hannity delivered a heartfelt remembrance of his longtime friend and colleague. He said, “He was not only a guy with the greatest sense of humor but a guy that had a human level of decency and love and kindness and humor.”

Many media figures outside of Fox News mourned Colmes’ passing too with many kind things to say about him, but Slate put out a jaw-droppingly nasty obituary about Colmes that called him a “liberal weakling” who played the part of a “patsy” on the network. It read in part, “Colmes was the most absurd, useless, and mocked television personality in America for many years, precisely because he was nice.”

Hannity was appalled by the piece––posted hours after Colmes’ death, with his family still in mourning––and blasted it on Twitter:

Only mean soulless assholes could ever write and print something this viscious, cruel, and heartless. You r so ignorant, wrong, and hateful! https://t.co/u06wk1ytoT

And he wasn’t the only one who found the piece disgusting:

This is how the losers at @Slate respond. Pathetic.

My story on Slate's distgusting obit on Alan Colmes. There's just no dignity is this business anymore. #alancolmes https://t.co/elvr9fF0x2

Remember when @Slate was just #fakenews?Now they are full blown scum bags.Alan was a good, decent man, something they will never understand. https://t.co/FT6aa6XNvK

Slate published this within 24 hours of Alan Colmes' death pic.twitter.com/7dcBwIP46R

@IChotiner @Slate Try to have some compassion for at least Colmes family who may come across this; how tacky and insensitive.

@IChotiner @Slate Oh, and it's COLMES. I'm not a liberal. I never agreed with Mr Colmes, but I respect his memory & his family. #Despicable