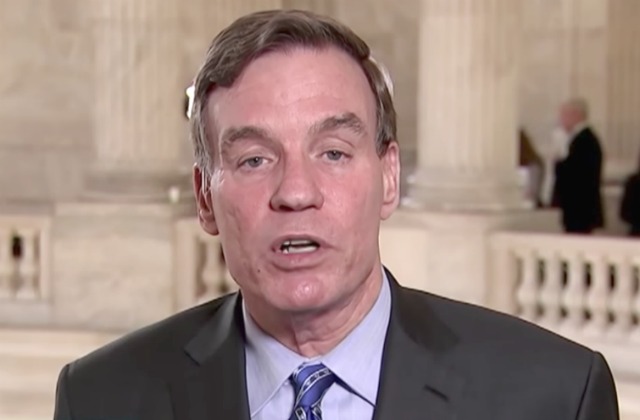 Senator Mark Warner, the top Democrat on the Senate Intelligence Committee, criticized Twitter in comments to reporters after a meeting today.

Twitter put out a public statement this afternoon saying that Vice President for Public Policy Colin Crowell met with people from both the Senate and House Intel Committees. The statement also addresses steps they’re taking to crack down:

Over the coming weeks and months, we’ll be rolling out several changes to the actions we take when we detect spammy or suspicious activity, including introducing new and escalating enforcements for suspicious logins, Tweets, and engagements, and shortening the amount of time suspicious accounts remain visible on Twitter while pending confirmation. These are not meant to be definitive solutions. We’ve been fighting against these issues for years, and as long as there are people trying to manipulate Twitter, we will be working hard to stop them.

They also reportedly have taken down a number of Russia-linked accounts.

After the meeting today, CBS News reports, Warner made it clear he wasn’t happy:

The top Democrat on the Senate Intelligence Committee said Thursday that he found the presentation made by Twitter earlier in the day to be “deeply disappointing.”

“The presentation that the Twitter team made to the Senate Intel staff today was deeply disappointing,” Sen. Mark Warner, D-Virginia, told reporters Thursday. “The notion that their work was basically derivative, based upon accounts that Facebook had identified, showed [an] enormous lack of understanding from the Twitter team of how serious this issue is, the threat it poses to democratic institutions, and again begs many more questions than they offered.”

He even went so far as to call their response “frankly inadequate on almost every level.”

Congressman Adam Schiff, the top Democrat on the House Intel Committee, released a statement and said “it is clear that Twitter has significant forensic work to do to understand the depth and breadth of Russian activity during the campaign”: