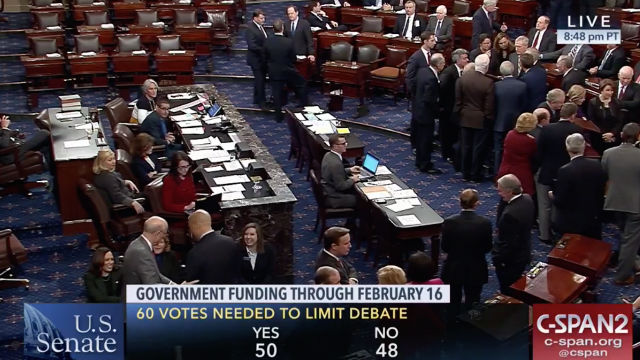 The deadline to avoid a government shutdown has passed with no deal.

Senators were scrambling to come to an agreement before midnight, but the deadline came and went while senators were still talking.

Minutes before midnight, Sarah Huckabee Sanders put out a statement from the White House blaming Democrats and saying, “This is the behavior of obstructionist losers, not legislators.”