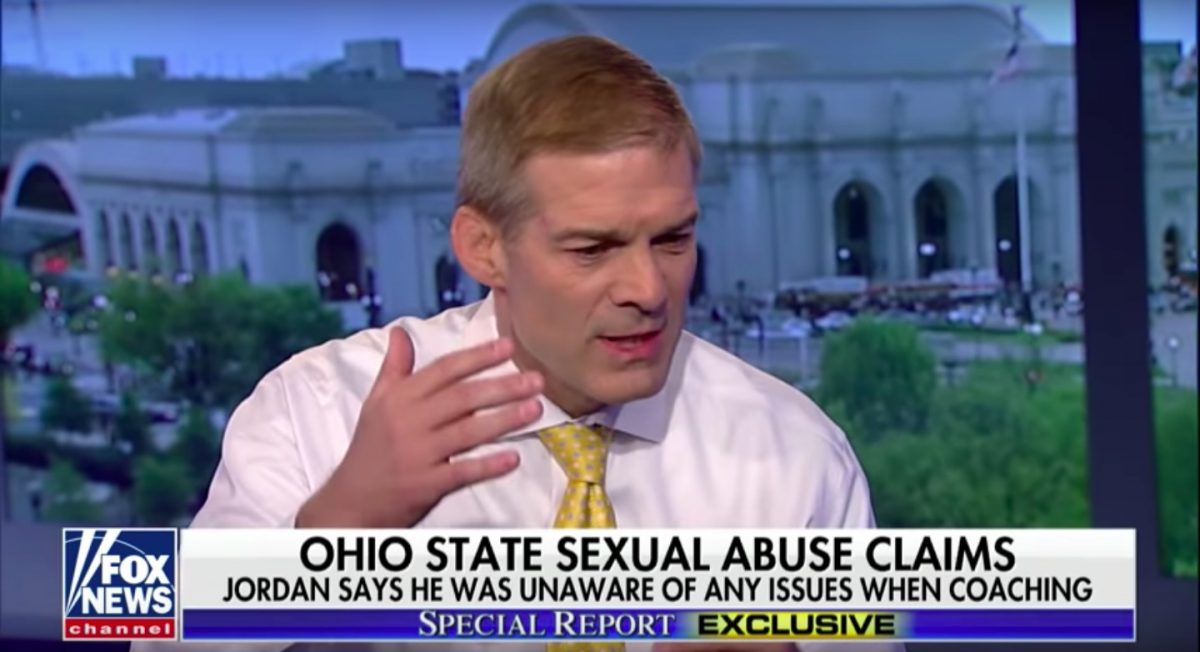 As questions mount and tensions rise about how much Rep. Jim Jordan knew about the alleged sexual abuse occurring at Ohio State at the hands of athletic doctor Richard Strauss, six former wrestling coaches for the university have come forward to defend him.

“What has been said about Jim Jordan is absolutely wrong,” a joint statement released Monday by the six coaches read. “We all worked on the wrestling coaching staff during Jim’s tenure at The Ohio State University. None of us saw or heard of abuse of OSU wrestlers.”

“The well-being of student-athletes was all of our concern,” the statement continued. “If we had heard of any abuse, we would have spoken up.”

The statement follows shows of support from other people in the OSU community, including former students.

“My heart goes out to anyone who was abused in any way But Jim Jordan is a tremendous human being,” former OSU wrestler Dan George told the Asbury Park Press. “If he had any knowledge of any misconduct, he would deal with it. There’s no question in my mind.”

Rep. Louie Gohmert (R-TX) also spoke out in Jordan’s defense, saying that the accusations don’t pass the “small test” and that he’s the victim of a “drive-by character assassination”:

Rep. Louie Gohmert releases statement defending Rep. Jim Jordan, saying the accusations don’t pass the “small test” and arguing this is diff from Nasser scandal bc the “former wrestlers were adults at the time they claim they were sexually abused” pic.twitter.com/7p3m1qvHXJ