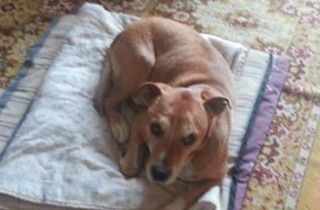 Teresa Ramos, the Spanish nurse who was diagnosed with Ebola, had a dog named Excalibur. And because of concerns from local health officials that the dog had Ebola as well, they made the decision to euthanize him.

Ramos’ husband posted on the Facebook page for the group Amig@s X Los Animales (AXLA), revealing health officials spoke to him about putting Excalibur down. That kicked off a whirlwind of protests. A petition to keep him alive got well over 350,000 signatures.

And there had been lots of people protesting against the decision:

Protest in Madrid to save Excalibur, dog of nurse who contracted Ebola (Pic @110010010011010) #SalvemosAExcalibur pic.twitter.com/GIz3YfvgUV

Outside the apartment where nurse with #Ebola lives, protesters fight to keep Excalibur the dog alive. #Excalibur pic.twitter.com/RV7glq6V5q

AXLA also posted this video of a very heated face-off with police following the decision to put Excalibur down: