Special Olympian’s Open Letter To Ann Coulter: You’re Not ‘Dumb’ Or ‘Shallow,’ So Why Use ‘R-Word’ As Insult? 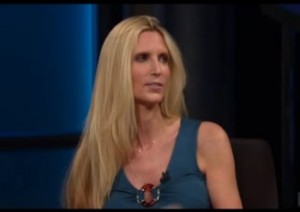 One Special Olympic athlete, John Franklin Stephens, decided to respond to Coulter in the form of an open letter on a blog titled The World of Special Olympics. Stephens, who has Down syndrome, says that he first wondered whether Coulter had meant to describe Obama as someone who has struggled, or who has been bullied, or who is “likely to receive bad health care, live in low grade housing with very little income and still manages to see life as a wonderful gift,” before the realization hit that, no, she was merely attempting to insult Obama by linking him to “people like me:”

After I saw your tweet, I realized you just wanted to belittle the President by linking him to people like me. You assumed that people would understand and accept that being linked to someone like me is an insult and you assumed you could get away with it and still appear on TV.

I have to wonder if you considered other hateful words but recoiled from the backlash.

Well, Ms. Coulter, you, and society, need to learn that being compared to people like me should be considered a badge of honor.

No one overcomes more than we do and still loves life so much.

He concludes by inviting Coulter to attend the Special Olympics in the future, signing his letter “A friend you haven’t made yet.”

You can see the full letter here.

h/t The World of Special Olympics