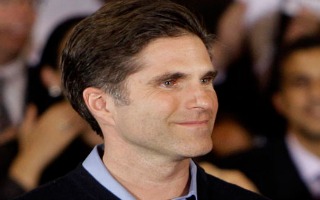 A new story in the Boston Globe dissects possible causes for Mitt Romney‘s loss in the presidential election and attributes his “private” nature as a big one. Tagg Romney says of his father, “He wanted to be president less than anyone I’ve met in my life. He had no desire to . . . run.”

Tagg says he and his mother Ann Romney were really the ones to convince dad Mitt to run. He goes on:

“If he could have found someone else to take his place . . . he would have been ecstatic to step aside. He is a very private person who loves his family deeply and wants to be with them, but he has deep faith in God and he loves his country, but he doesn’t love the attention.”

According to the piece, “Romney’s inner circle of family and friends understood the candidate’s weakness all too well.” He was “deeply private,” and had “an aversion to reveal­ing too much of himself to the public.” The campaign was concerned that if Romney didn’t reveal more of his personality, he would “too easily be reduced to caricature.” The description? “A calculating man of astounding wealth, a man unable to relate to average folks, a man whose Mormon faith put him outside the mainstream.”

This piece examines several more of the “costly financial, strategic, and political mistakes” that cost Romney the campaign. Among them was the inability to compete with the Obama team’s grassroots organizing strategy and “the Romney team’s failure..to sell voters on the candidate’s personal qualities and leadership gifts.”
—
>> Follow Anjali Sareen (@AnjaliSareen) On Twitter