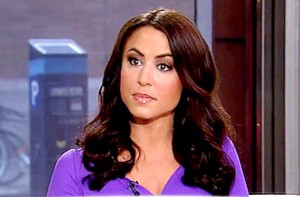 Former Fox host Andrea Tantaros is pressing on with her allegations against her old network, and that includes demanding that former and current executives submit themselves to a lie detector test.

Fox News is still dealing with the fallout from the ousting of Roger Ailes, and Tantaros is the latest high-profile figure to come out to denounce his behavior and that of the entire network. Fox has been firing back at Tantaros’ claims, though her lawyer, Judd Burstein, promised in an email to take the matter before either the court or before the public.

Here's page one of questions for lie detector pic.twitter.com/OafelPKSPt

“An innocent person would jump at the chance for this kind of vindication,” the statement read. “And if Ms. Tantaros were not telling the truth, she would not risk offering this proposal.”

Several of the proposed questions are directly tied to Tantaros’ sexual harassment claims, while others reference other kinds of questionable behavior from Fox higher-ups. The inquiries include whether Ailes ever asked Tantaros about “how she would look in a bikini,” whether she ever approached Shine about her sexual harassment complaints, and whether the network ever commissioned “sock puppet” accounts to launch smear campaigns against her on social media.