Will Ted Kennedy Upstage The Most Heartbreaking Moment In The Health Care Debate?

Will Ted Kennedy Upstage The Most Heartbreaking Moment In The Health Care Debate? 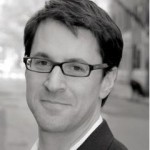 In what may turn out to be the cruelest irony of the year, the death of Senator Edward Kennedy may have papered over a CNN video clip poised to change the dynamic of the national healthcare debate: footage of a desperate woman crying “We need help!” because she lost health insurance after her husband suffered a brain injury.

Introduced by CNN’s Rick Sanchez on August 25 — just a few hours before Kennedy’s death from brain cancer was announced — the video shows a middle-aged woman at a town hall meeting explaining to Senator Tom Coburn (R-OK) how her husband’s insurance was canceled while in a nursing home. “Senator Coburn,” the woman cries out in anguish, “We need help!” She then tries to explain over her own tears how her husband cannot even eat or drink properly as a result of not having coverage to pay for care.

Coburn’s reaction to the pleas for help is what makes the clip so arresting.

At first, Coburn assures her that his office will get her some assistance, but then he hedges. Rather than approaching the woman to comfort her, Coburn tells the town hall attendees to remember that neighbors must help other neighbors, and concludes,”The idea that the government is the solution to our problems is an inaccurate — a very inaccurate statement.” In reply to the desperate plea for help from a constituent, Coburn serves up a cold spoonful of Republican ideology.

The clip is the most emotionally raw and devastating media moment of the entire healthcare debate so far. Here is an ordinary American, unguarded, showing the world what it feels like to be deprived of private health insurance at the very time when she needs it most. In an instant, every cry of “tyranny” and “socialism” in previous town hall footage seems insignificant, as does every circumlocution about “quality” and “affordability” by President Obama. The story captured in the CNN clip is so fundamental, so understandable, so penetrating that it will likely tip the balance of the news coverage in favor of reform from this point forward.

Were it not for the story of Kennedy’s death sweeping the headlines, millions of Americans by now would have seen the Oklahoma woman pleading to Coburn and heard the Senator’s cold response. Those tears would have changed hearts and minds in the healthcare debate.

Sanchez, to his credit, set up the short clip precisely to show the contrast between the cry for help from an American and the ideological deflection of a Senator. It is a stunning moment of political engagement.

In the long struggle to cover the healthcare debate, cable news has been caught by its own choice to consider even the most outlandish claims offered at the town halls. But up to this point, the networks have not shown what many believe is the most critical side of the healthcare reform story: the fear tens of millions of Americans experience when they are stripped of or denied health insurance at the most desperate moments of their lives. Now CNN has shown this exact dynamic.

While the death of Edward Kennedy, along time advocate for national healthcare reform, wraps the debate in a new symbolism, the CNN clip of the Oklahoma town hall hits at the emotional core of the call for reform.

The moral argument underpinning the healthcare debate should, as a result of the CNN clip, shift from one of “government threatening individual liberty” to one of “Americans in need of help to get the care they need.” But with so much media attention now focused on the implications Kennedy’s death holds for the healthcare debate, the lone pleas for “help!” from a woman in Oklahoma may wither and fade.

Amidst all the talk of paying tribute to Senator Kennedy, perhaps now is the time for CNN to bring this powerful clip back into the headlines.