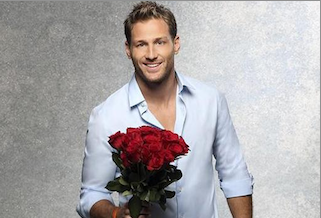 On Saturday afternoon, The Bachelor’s Juan Pablo Galavis posted on apology on his Facebook page for comments about a potential gay version of the popular ABC reality show that he claims were “taken out of context.” Galavis also attributed the supposed miscommunication to the fact that English is not his first language and made an additional generalization about homosexuals.

In his original comments to The TV Page’s Sean Daly, Galavis said he did not think there should be a gay Bachelor because it would not “set a good example for kids to watch that on TV.” He added that since gay people are “more ‘pervert’ in a sense, the show “would be too strong, too hard to watch” for the general public.

He employed a slightly less inflammatory generalization about homosexuals in his apology, saying they are “more affectionate and intense and for a segment of the TV audience this would be too racy to accept.”

In a statement earlier in the afternoon, a spokesperson for ABC said, “Juan Pablo’s comments were careless, thoughtless and insensitive, and in no way reflect the views of the network, the show’s producers or studio.”

Listen to the audio of his comments below, with all context included, via The TV Page: