The Internet Finds One Way To Relieve The Pain Of The London Riots: Photoshop

There are terrible, terrible things going on on the streets of London right now. As with any tragedy in human history, one of the best ways to get through it is with humor. Fortunately, the denizens of the Internet, for whom “too soon” simply means “before I’ve gotten a chance to hit ‘upload,'” have heeded the call. Clever photoshop artists have taken up the call to mine some dark humor out of these dark times.

As of the writing of this post, two separate riot-related images are holding real estate on the front page of Reddit. The first one, found here, was posted with the title “The new London 2012 logo.” 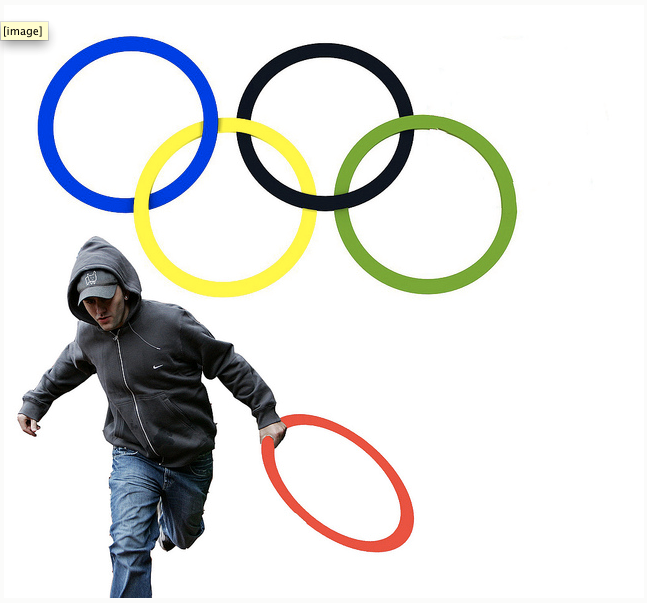 The “image” text in the picture belied that this image had originated from another site and, in the comments, eagle-eyed Redditors came up with a possible source. This led to some funny commentary on the seeming meta-nature of “looting” a “looting image” and this follow-up piece from Redditor mikechml: 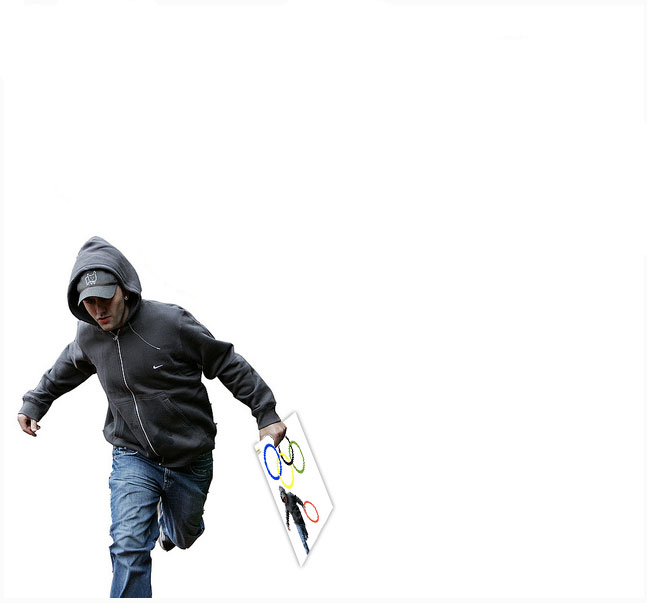 Nice. (If the original artist of the first image contacts us, we’ll gladly cite credit)

The next image uses a picture of Prime Minister David Cameron’s address: 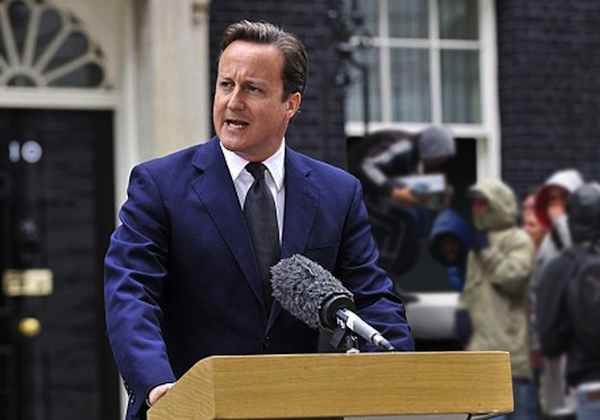 There’s even an entire Tumblr entitled Photoshoplooter that’s already getting some press. The blog is a collection of looter images edited to make the frightening hooded youths slightly less intimidating by changing up what they’re stealing. Some of the best examples involve a run on Justin Bieber tickets and, my personal favorite, a spin on the may pole: 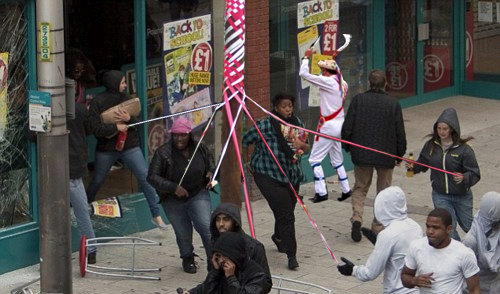 Interestingly, in one article about that blog, the web culture site Uproxx makes the claim that the Internet, which typically supports protesters, youth causes, and anti-establishment events (see: hacktivist groups like Anonymous and the cult of celebrity around Bradley Manning) seems to be condemning the London riots more than one might expect.

This is no small achievement, mind you. The internet, after all, has traditionally been supportive of uprisings by the world’s oppressed underclass. The internet also loves to mock the ridiculous class system in place in Britain, what with the inbred Royal family and all. So to have, say, people like me openly calling for demonstrators there to be tear-gassed or tasered and firehosed down is saying a lot. It’s hard to sympathize with people who are turning their angst into an excuse to burn and steal sh*t, risking the lives of innocents in the process.

It’s an interesting theory and one that’s certainly worthy of debate but we’re not sure we see it…yet, that is. While there’s definitely a large and vocal condemnation of the rioters online, there’s also plenty of support (just as there is for anything, no matter how vile it may be). Consider the viral take off of this clip of Darcus Howe, a man who doesn’t sympathise with the rioters but attempts to explain them and, in the eyes of many viewers, seems to be silenced by the BBC News anchor interviewing him. If the Internet had completely turned against the riots, that video wouldn’t have taken off the way it has.

Still, while the web is hard to predict, there’s one thing that we can be sure of; no matter how bad things get, we can always rely on the Internet for at least a good laugh or two.