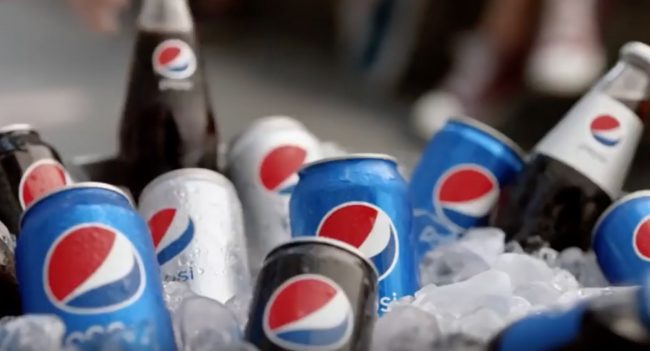 The Twitterverse is still furious with United Airlines, but the controversial episode on their flight last night has given way to all sorts of jokes and throwbacks to Kendall Jenner‘s Pepsi commercial.

The airline has come under fire due to video of a passenger being forcefully removed from one of their planes after they overbooked seats. United CEO Oscar Munoz has been receiving criticism after he responded to the incident by apologizing for “having to re-accommodate these customers.”

Amidst the blowback, there were a lot of people saying the United incident was the worst corporate business moment since Jenner’s widely-panned commercial. Pepsi has taken the advertisement down, though it is clearly still in the minds of many news observers on social media:

None of this would’ve happened if @united served Pepsi products

“Why didn’t they just have Kendall Jenner offer him a pepsi?” —@ginalou https://t.co/llGgrddlUx

United Airlines would like to formally apologize for running out of Pepsi.

The only winner in this whole United Airlines debacle is Pepsi. Nothing like an actual outrage to take the heat off. PS never book United

“Thank you SO MUCH!” –Pepsi PR dept to United PR dept

The moral of the story is don’t fly #United without a Pepsi.

Why didn’t United just hand the passenger a can of #pepsi ? https://t.co/e3ROA6ipkZ

The real drag is that not a single @United passenger had the courage to hand that airport cop a tiny can of Pepsi.

BREAKING: United has hired Kendall Jenner to pass out Pepsi on all their flights