The President Wants The Power To Turn Off Your Internet

The President Wants The Power To Turn Off Your Internet 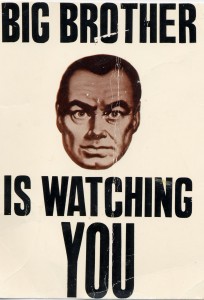 Truth be told, more than once, particularly during the last two weeks of deadly slow news days, I have fantasized that someone would turn off the Internet. That said, I would probably prefer the President didn’t actually have this sort of control over my lifeline to the world. There is, however, a bill making its way through the Senate that aims to give the President just that power, and a revised version sponsored by Sen. Jay Rockefeller is making even more waves. Here’s the gist of the controversy:

The new version would allow the president to “declare a cybersecurity emergency” relating to “non-governmental” computer networks and do what’s necessary to respond to the threat. Other sections of the proposal include a federal certification program for “cybersecurity professionals,” and a requirement that certain computer systems and networks in the private sector be managed by people who have been awarded that license.
*
Probably the most controversial language begins in Section 201, which permits the president to “direct the national response to the cyber threat” if necessary for “the national defense and security.” The White House is supposed to engage in “periodic mapping” of private networks deemed to be critical, and those companies “shall share” requested information with the federal government.

Of course, the official aim of the bill is to protect the nation’s cyber-security case of attack: “A Senate source familiar with the bill compared the president’s power to take control of portions of the Internet to what President Bush did when grounding all aircraft on Sept. 11, 2001.” An analogy which doesn’t necessarily instill confidence. Moreover, the severity of government enforced travel restrictions, while frightening in their own right, is somehow less frightening than the idea of the government preventing us from obtaining information. One imagines that by the time a bill such as this wends its way through Congress the amount of people in this country who actually own, say, an emergency radio, will be slim, indeed, making our dependence on an accessible Internet all the more important during an emergency. Remember the panic that followed last month’s Twitter outage? That is a drop in the bucket to what would happen if someone shut off the Internet nationwide. So arguably not the best plan of action.

Still, the real problem, which the President acknowledges, is that the government is currently unprepared to fend off a cyber attack. So in the end, better to have the government possess the ability to shut things down, rather than say, angry Georgian rebels? Don’t throw out your radio yet.