Tiger Woods Flips Out over Satirical Interview: ‘Not True, Not Funny’

Tiger Woods Flips Out over Satirical Interview: ‘Not True, Not Funny’ 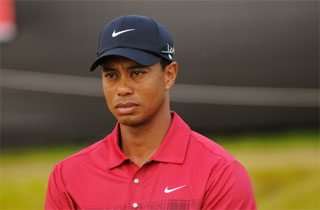 “Did you read Dan Jenkins’ interview with me in the latest Golf Digest?” funny guy golfer Tiger Woods fumed in a column published yesterday in The Player’s Tribune. “I hope not. Because it wasn’t me. It was some jerk he created to pretend he was talking to me. That’s right, Jenkins faked an interview, which fails as parody, and is really more like a grudge-fueled piece of character assassination.”

This is the part where we point out that the allegedly faked interview was a joke piece entitled “My (Fake) Interview with Tiger”.

“This concocted article was below the belt,” Woods continued. “Good-natured satire is one thing, but no fair-minded writer would put someone in the position of having to publicly deny that he mistreats his friends, takes pleasure in firing people, and stiffs on tips—and a lot of other slurs, too.”

Good thing that Woods doesn’t have to publicly deny anything, because the interview was literally called “My (Fake) Interview with Tiger,” with the subtitle “Or how it plays out in my mind”.

But Woods is mad. He is so, so mad that someone would make stuff up about him — how dare they suggest he plays Tomb Raider at Game Stop! — and publish it as a satirical piece. “Journalistically and ethically, can you sink any lower?” he railed:

Golf Digest even hired an actor to pose as me in photos. The truth is, Jenkins has no idea how I think or feel about any of the things he claims to know about, which is why he had to make things up. Frustration or resentment because I have not been more available to him should not give him a license for an underhanded attack on me as an athlete, as a professional and as a person. I guess Golf Digest’s editors believe this is a good way to sell more magazines.

Weirdly enough, Jenkins’ fake interview is about how Tiger Woods has no sense of humor, is generally ignorant about how he treats others, and is hypersensitive to criticism — claims that, of course, Woods swats down: “I like to think I have a good sense of humor, and that I’m more than willing to laugh at myself.”

He then linked to a threatening cease-and-desist letter his lawyers sent to Conde Nast, because he has such a good sense of humor.

In a statement to FTW, Golf Digest was pretty clear about how fake the interview was: “The Q&A is clearly labeled as “fake”, both on our cover and in the headline. The article stands on its own.”