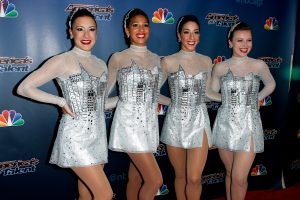 In the last week, the Rockettes have earned a reputation for somehow leading a sort-of anti-Donald Trump resistance. They may have successfully lobbied to be able to individually opt out of his inauguration performance, but it wasn’t that long ago that the world-famous dance troupe wasn’t exactly a bastion of progressivism. Well, at least management wasn’t, and isn’t that the same issue they faced in the last few days, too?

It’s always interesting to peek back at old articles to see how far we’ve come as a culture and, in some cases, how far we have yet to go. Just as we have done with Trump in the past, we looked up the Rockettes to see what sorts of headline they were generating in the pre-Twitter era, which is how we found out they didn’t have a black dancer until 1987. For reference, all state and local laws allowing segregation were struck down in 1964.

In a New York Times piece called “Rockettes and Race: Barrier Slips,” published on this day in 1987, Bruce Lambert announced that “the color barrier in what is perhaps the world’s most famous chorus line is beginning to fall” because a black dancer who had been asked to audition was in talks to perform at the Super Bowl.

Though she was not the first dancer of color, as a Japanese woman had been performing with the trope for 36 months, her addition to the crew was notable because, again, it was 1987.

We may view individual dancers as progressive and bold, but the way their employer acted before relenting and allowing them to opt out coupled with this new revelation signals that they’re still in line (no pun intended) with some of the ostensibly racist behaviors that have earned Trump his sharpest criticisms.