Trump on Shutdown: Democrats ‘Wanted to Give Me a Nice Present’ For One Year Anniversary

Trump on Shutdown: Democrats ‘Wanted to Give Me a Nice Present’ For One Year Anniversary 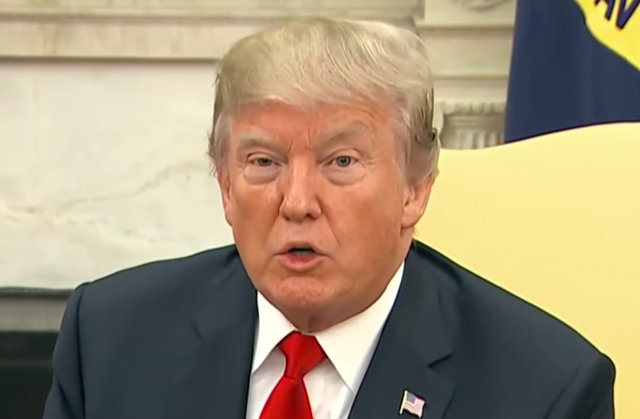 The morning after the federal government officially went into shutdown mode after the Senate was unable to pass a continuing resolution late Friday night, President Donald Trump decided to use his Twitter account to tell everyone that this is all the Democrats fault.

He also tossed out a little bit of snark.

Democrats are far more concerned with Illegal Immigrants than they are with our great Military or Safety at our dangerous Southern Border. They could have easily made a deal but decided to play Shutdown politics instead. #WeNeedMoreRepublicansIn18 in order to power through mess!

This is the One Year Anniversary of my Presidency and the Democrats wanted to give me a nice present. #DemocratShutdown

For those asking, the Republicans only have 51 votes in the Senate, and they need 60. That is why we need to win more Republicans in 2018 Election! We can then be even tougher on Crime (and Border), and even better to our Military & Veterans!

Democrats are holding our Military hostage over their desire to have unchecked illegal immigration. Can’t let that happen!

As you can see in the tweets above, the president is slamming Democrats for pushing for DACA protections as a condition of accepting the spending bill, stating that they are “far more concerned with illegal immigrants” than funding the military.

Referencing his first anniversary of taking office, Trump called the shutdown a “nice present” from Democrats to commemorate his becoming president.