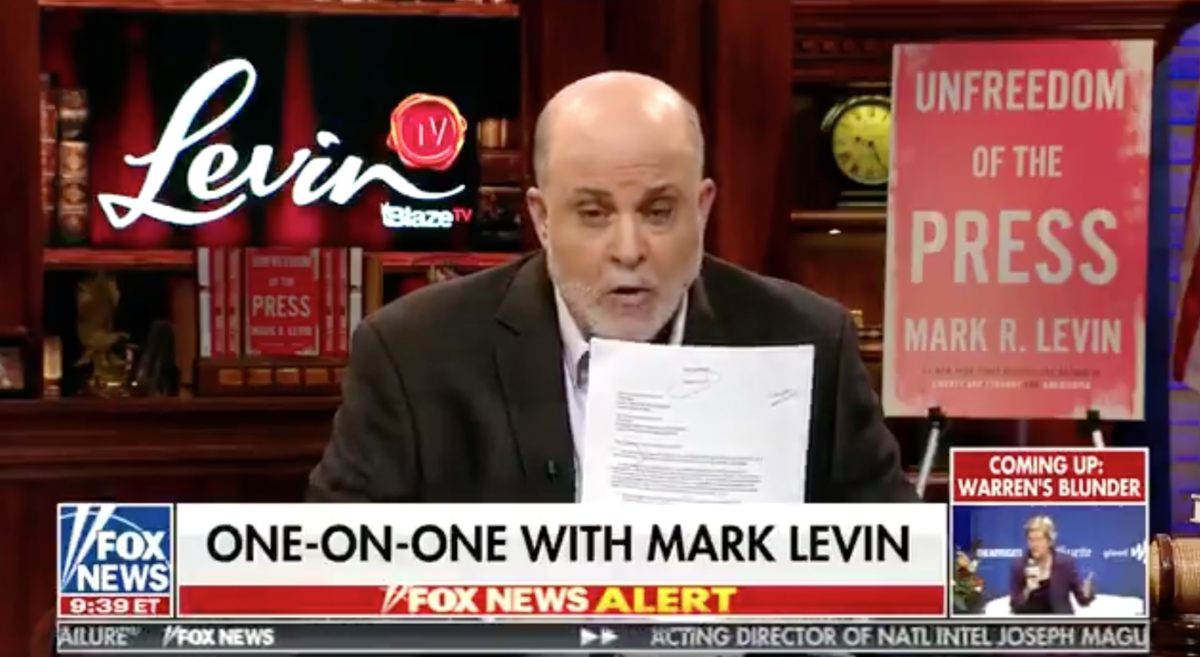 President Donald Trump tweeted out a clip of Fox News host Mark Levin getting heated about the whistleblower, whom he erroneously referred to as a “CIA agent” at multiple points.

The six-minute clip comes from Levin’s appearance on Hannity, where he called Democratic lawmakers and the media “drug addicts looking for their next fix.”

“I can tell you that a CIA agent who is a policy guy for Ukraine can’t write something like this,” Levin said, speculating he was helped by a law firm.

Journalist Yashar Ali noted that Levin was interchanging the jobs “CIA agent” and “CIA officer” – which have different roles in intelligence gathering.

Mark Levin, who notes he’s an attorney (he was chief of staff to AG Edwin Meese) repeatedly refers to the CIA Officer who is alleged to be the whistleblower as a “CIA Agent”

Huge difference between the two.

This is like the brown M&M test, what else is Levin getting wrong? https://t.co/9coz01JImv

Ali went on to note that people were accusing him of “nitpicking.”

I hate this app https://t.co/E8iIC5IFQh

Generally speaking, a CIA agent is someone recruited by the CIA for their influence or access to intelligence and their role is to gather intelligence. A CIA officer/analyst is responsible for receiving and interpreting intelligence and forming it into coherent and useful information.

The previous reporting suggests the anonymous whistleblower is a CIA analyst specializing in European and Ukrainian foreign affairs who was assigned to the White House at some point.