Trump's Claim Mexico is Paying For the Wall Mocked

Trump’s Claim Mexico is Paying For the Wall Met With Mockery, Fact-Checks: ‘This is Not How This Works’ 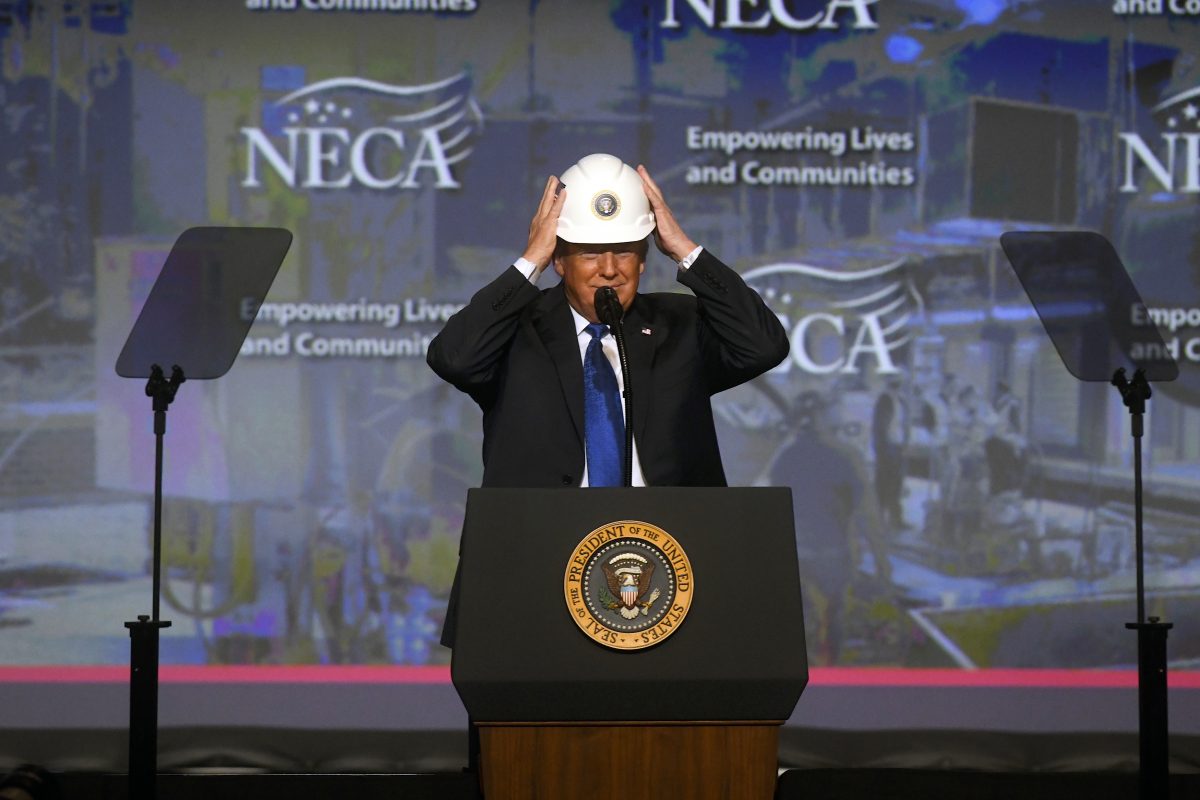 President Donald Trump claimed in a tweet Thursday morning that his long-promised wall on the southern border is being paid for by Mexico.

It was a frequent refrain on the campaign trail: “I will build a great great wall on our southern border and I’ll have Mexico pay for that wall,” Trump frequently bellowed.

The president boasted in his tweet that his new trade deal with Mexico and Canada, the USMCA, saves the U.S. so much money that through it, “MEXICO IS PAYING FOR THE WALL!”

I often stated, “One way or the other, Mexico is going to pay for the Wall.” This has never changed. Our new deal with Mexico (and Canada), the USMCA, is so much better than the old, very costly & anti-USA NAFTA deal, that just by the money we save, MEXICO IS PAYING FOR THE WALL!

A few problems: Trump’s wall is not currently being built, the USMCA trade deal is essentially NAFTA with a few tweaks. The idea that NAFTA with a fresh lick of paint is going to fund Trump’s $25 billion border wall is… hard to believe.

He is trying to find some rhetorical Rube Goldberg contraption to say that us paying for the wall is really Mexico paying. But I have talked to a dozen administration officials and Hill staffers — and nobody has a clue how this would work since he told this to Pelosi. https://t.co/O8QeEnCNa9

Ah yes, who can remember that catchy call and response from every Trump rally?

Trump: what are we going to do?
Crowd: build the wall!
Trump: Who’s going to pay for it?
Crowd: we are, but the costs might be offset by unverifiable savings from mild tweaks to existing trade pacts https://t.co/uvWpTFYlKA

Considering that USMCA is a relatively minor update of NAFTA, this spin makes absolutely no sense–> https://t.co/UX0CoKUnI9

Do people actually buy this? https://t.co/fPPCke5D7p

This is amazing. Trump is claiming that Mexico is paying for a wall that literally does not exist. https://t.co/STan2j3bgM

The mental gymnastics you have to do in order to reconcile this with Trump’s campaign promises are Olympics worthy. https://t.co/ThuqgQB3y2

It’s going to be hard to fit this on a check to a cement contractor. https://t.co/Qtar8WQjpR

Wharton just called. They would like that degree back. https://t.co/tkQFS23il6

this truly is the grift that keeps on grifting https://t.co/c7aoBbq12e

The wall is getting built, and Mexico is paying for it, and also, Democrats are denying me the money I need to build my wall.

This is not how this works.
Fact check: Mexico is still not paying for the wall. https://t.co/lQasXAn1oK

Bait and switch. If a shop-owner did this they’d throw him in jail.

Great so no need for Congress to found it with US tax dollars. Let us know when the wall is built with Mexican money.