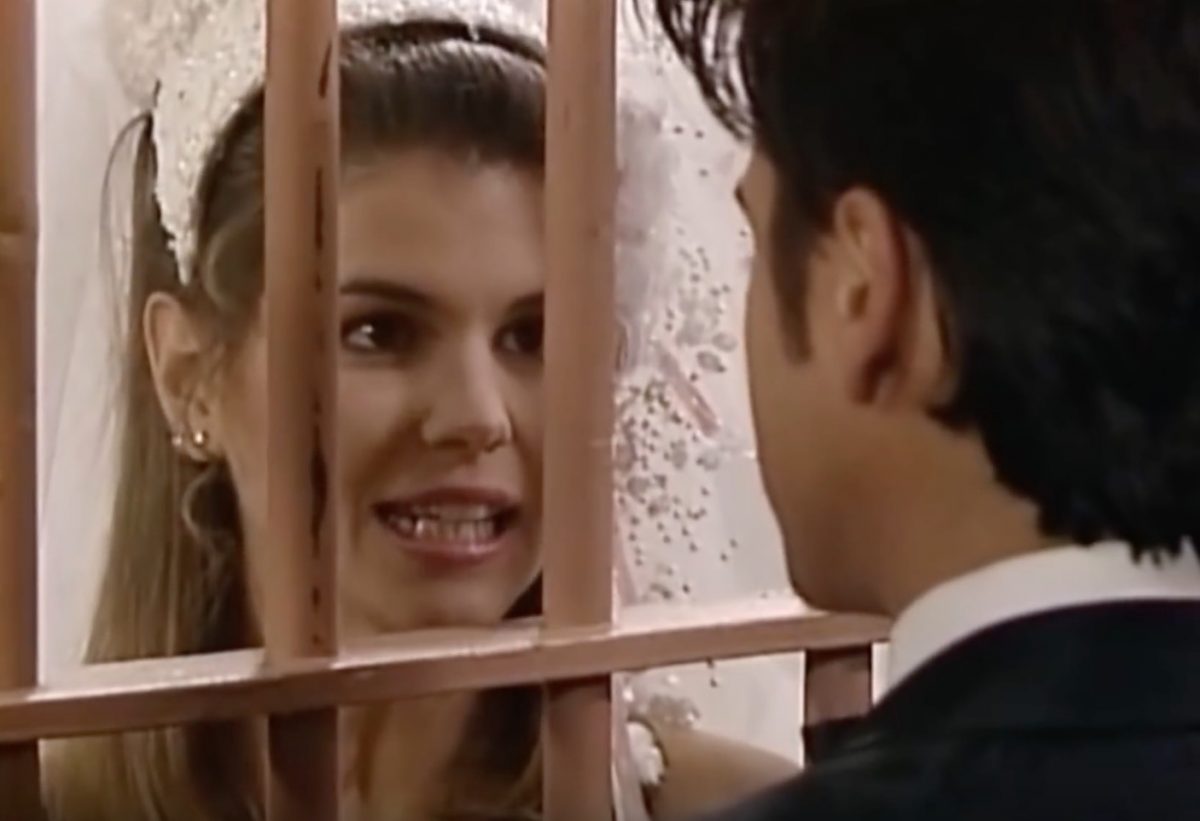 The Internet is blowing up with snarky remarks as people connect Lori Loughlin‘s Full House character — Aunt Becky — with the breaking news of her alleged involvement in a massive college admissions cheating scandal.

Loughlin was charged alongside fellow actress Felicity Huffman and dozens of other individuals on Tuesday as the Department of Justice announced a bust in what they’re calling the “largest college admissions scam ever prosecuted.”

The charges stem from allegations that the accused paid large sums of money across several schools to bribe officials so they would accept their kids into prestigious colleges. Several athletic coaches are suspected of accepting bribes so they would pretend certain applicants were notable student athletes, and other exam proctors and administrators stand accused of granting admission to students who were accepted with false academic credentials.

Since Loughlin and her husband are charged with paying the University of Southern California $500,000 so they’d flag their daughters as recruits for the school crew team, some online news followers are complaining that this is ruining their memories of Rebecca Donaldson Katsopolis — aka Aunt Beck. Since the role is the most famous part of Loughlin’s acting career, people are cracking jokes about Aunt Becky’s fall from grace.

Aunt Becky paid $500,000 to bribe her daughters’ way into USC? A HALF A MILLION DOLLARS just to get them into USC? How bad were their grades and test scores? pic.twitter.com/dBpSpdrnnm

Aunt Becky: “Hey USC, meet my two daughters who are prized recruits. You should totally admit them.” pic.twitter.com/2J39jDonuB

When you gotta break aunt Becky out of jail. pic.twitter.com/ouwPjstDnV

Aunt Becky on the lam would have made a great Full House episode https://t.co/ejG8VsmRQR

About to start a GoFundMe for Aunt Becky’s legal defense under the name “Have Mercy.”

Ah, Aunt Becky, how the tables have turned. pic.twitter.com/kohi5bpp5w

I have incontrovertible video proof that Aunt Becky is actually innocent and is taking the fall for Uncle Jesse. pic.twitter.com/gjGhvUMeYM

Aunt Becky’s spin-off show is gonna be so good pic.twitter.com/TRr7RrWHIm

How could Aunt Becky do this to Uncle Jesse?

Danny Tanner realizing he’s finally gonna get his own show now that Aunt Becky is going to the slammer pic.twitter.com/K9B6lzZkqp