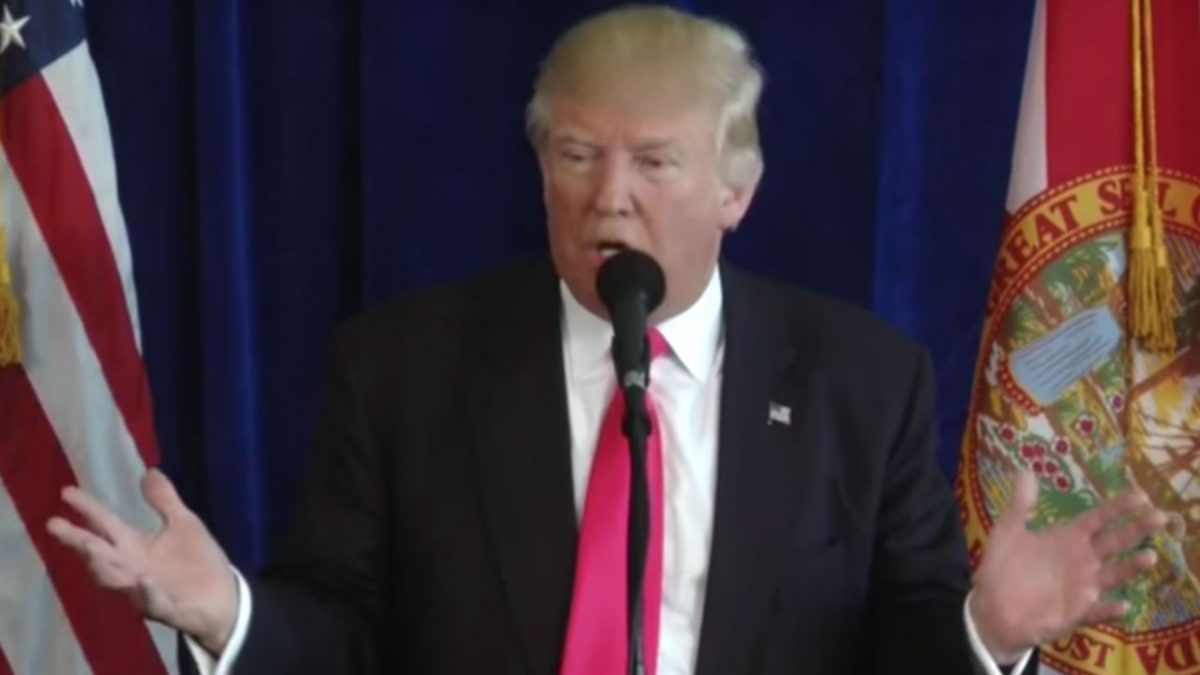 President Trump‘s latest Russia tweetstorm lashing out at a lot of different targets led to a lot of criticism and mockery on Twitter this morning:

This is the perfect Trump tweet…pure egotism, moral bankruptcy, and stupidity. One thing you honestly have to appreciate about Trump is that he tells you who he is. https://t.co/ZB768vEIo8

Rather than spend time proving why this is misleading, better to press WH on sanctions, Trump Tower mtg, and why Trump championed Russian-hacked material on campaign trail. https://t.co/gpDEGI2ku6

Trump is using the deaths of 17 people gunned down at a school to attack the FBI and try to create a political smokescreen to save his own skin in the Russia investigation. This is unconscionable. One of his most despicable tweets. https://t.co/YE1SMSPGfY

It's one thing for Trump's cheerleaders on @FoxNews to take this ugly cheap shot against the FBI, but for the President to blame the FL shooting on their Russia investigation is disgusting.

Mr President, have you no shame? Wait. I know that answer. https://t.co/FQeBo3y71p

Trump has tweeted a dozen times about Russia since the Mueller indictment.

He still has not indicated any plans to punish Russia for the actions laid out in the indictment (like imposing the sanctions Congress passed in 2017).

You are lying. You helped the Russians by repeatedly dismissing the facts showing Putin was intervening. You have let Russia get away with an attack on the United States. You have failed your oath. https://t.co/gWMJZ8tvmZ

Is it too much to ask the president to utter a peep of disgust at Russia’s actions? The answer is apparently yes.

This feels VERY much like a President who feels a lot of walls closing in.

It's February 18, 2018 and President Trump is still tweeting about Hillary Clinton and the election https://t.co/c7ohrEJggE

We're across the frontier and wandering into 25th Amendment country here. https://t.co/x2PYfEB2DX

This person is literally stripping every shred of dignity off of the presidency of the Untied States and reducing the office to ashes. https://t.co/cxszlWHnqA

While the families of 17 teachers and children murdered in a school bury their loved ones, @POTUS asks the nation “wasn’t I a great candidate?”

Another Sunday morning, another slew of controversial, combative all-about-him Trump tweets. Could someone down at Mar-a-Lago please get POTUS to the golf course?

The tweets this morning and last night. Are disturbing and upsetting to see. https://t.co/6r9kzEdC7E

Someone, anyone close to the president needs to take his phone away this morning. He is in meltdown mode over the Russian indictments. Him freaking out and spinning wildly makes him look more desperate by the tweet. Lawyers, I’m serious.
Take. The. Phone.