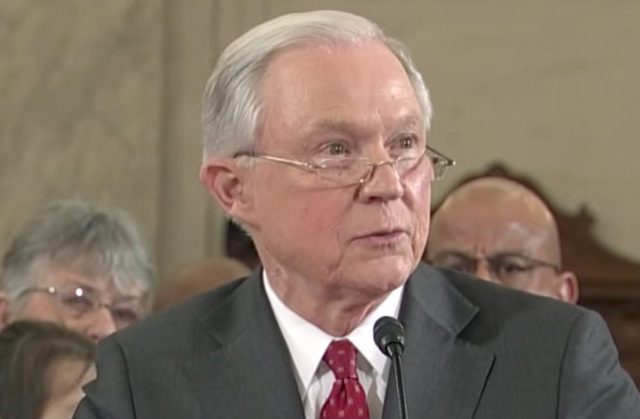 A new report suggests that the Trump Administration might be looking at ways to appoint Attorney General Jeff Sessions to his old senate seat in order to quell the evolving controversy that surrounds Roy Moore.

Two White House officials told The New York Times that they are making contingency plans should Moore become the next senator of Alabama despite the underage sexual abuse allegations against him. One idea is to have Governor Kay Ivey appoint Sessions back to his former position “when it becomes vacant again.” How a vacancy will come about is unknown, though this course of action could theoretically block Moore from the Senate.

In the past few months, President Trump has had a tumultuous relationship with Sessions, due in no small part to his frustration with the attorney general’s recusal from the investigations into Russia’s 2016 election interference. Sessions has said he has no plans on leaving his position, and it would seem he still doesn’t intend to return to his old station any time soon.

Colleague Jake Gibson rpts that AG Sessions has “no Interest” in returning to his old Senate seat. Chatter that GOPers could run Sessions as a write-in candidate in AL Senate race

A new accuser came out today with disturbing allegations against Moore, adding to the significant political pressure he has been facing over the last few days. Multiple Republican figures have renounced Moore and said he ought to give up his campaign in favor of a write-in Republican candidate .