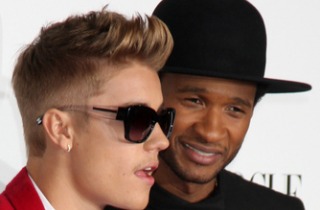 Usher, the man who arguably made Justin Bieber‘s career, weighed in on the n-word scandal Bieber’s been engulfed in all week, and he defended Bieber from critics calling him a racist with a lengthy Instagram post defending Bieber.

A few videos were leaked this week of Bieber making jokes using the n-word, and despite Bieber issuing an apology, controversy continues to swirl around him.

Usher took to Instagram Saturday morning to fire back at Bieber’s critics and clear the air, saying that he knows Bieber well and he does not believe Bieber is anything close to racist.

At my core, I am a person that supports growth and understands without judgement, that growth often comes as a result of pain and continues effort. As I have watched Justin Bieber navigate difficult waters as a young man, I can tell you that he hasn’t always chosen the path of his greatest potential, but he is unequivocally not a racist. What he was 5 years ago was a naive child who did not understand the negative power and degradation that comes from playing with racial slurs. What he is now is a young man faced with an opportunity to become his best self, an example to the millions of kids that follow him to not make the same mistakes.

Bieber has gotten a lot of media criticism this week, though CNN’s Don Lemon openly wondered if it’s really society that’s at fault for a culture that would let Bieber think saying it was okay in the first place.