You have 30 seconds to stop the epidemic of mass shootings in America. What can you do?

Play long enough and you can unlock the option to Ban Assault Weapon Sales with the “B” key.

Unfortunately, if you do that, you’ll be told that you are “Weak!” “Un-American!” and that “You Do Not Have The Votes!”

You’re running out of time. 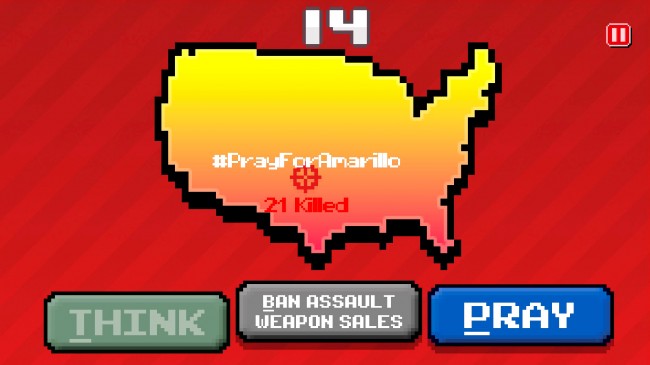 All the while, mass shootings continue to occur all across the United States — 21 dead in Amarillo, another 30 killed in San Francisco. The hashtags like #PrayForSF don’t seem to be doing anything!

The clock is running out, and the body count is rising, while you fruitlessly slam your fingers on your “T” and “P” keys and your thoughts and prayers ascend to an 8-bit heaven where they fall upon deaf, indifferent ears.

This is Thoughts & Prayers: The Game: the latest from the GOP Arcade, “an on-going series of lightweight games designed to make all the hoopla surrounding the election slightly more enjoyable,” according to their website.

As you can see, my game didn’t go well. Despite my many thoughts and prayers (well, nine all counted), I didn’t manage to save a single life. 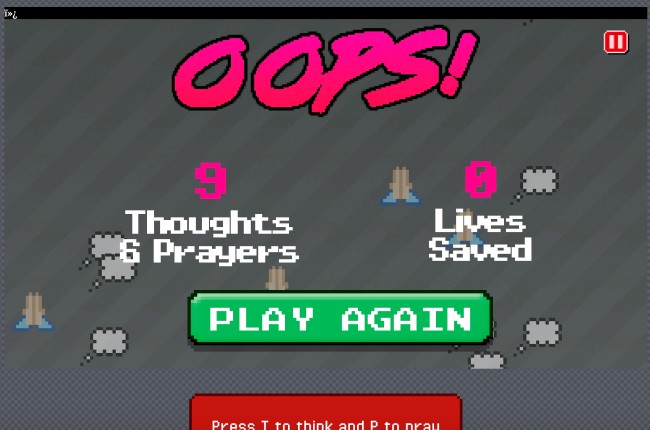 Other games in the series include Bomb The Right Place, Good Guy With A Gun, Science Fighter, and Get Trump’s Taxes. The GOP Arcade is a project of Everyday Arcade, who wrote in a Medium post in May that they had wanted to put all of their satirical games on the App Store — however Apple rejected them for being too “offensive.”

We made one game where you fling immigrants over the border as quickly as possible, one where you try to only give guns to good guys, and one where you try to bomb every country that could possibly harbor terrorists, all on an unlabeled map. They’re all very simple, very silly, very cartoony, and we thought, pretty clearly satirical.

Apple rejected them on the basis that, as the company repeatedly said, the games “contain[ed] content that is offensive and would be considered objectionable by many users, which is not allowed on the App Store.”

Pressed on the issue by Everyday Arcades, who appealed the decision, Apple added in a subsequent correspondence that the “iOS App Store Review Guideline with regard to political cartoons exception does not apply” to Everyday Arcades’ games.

And so the games are available for free at TheGOPArcade.com. 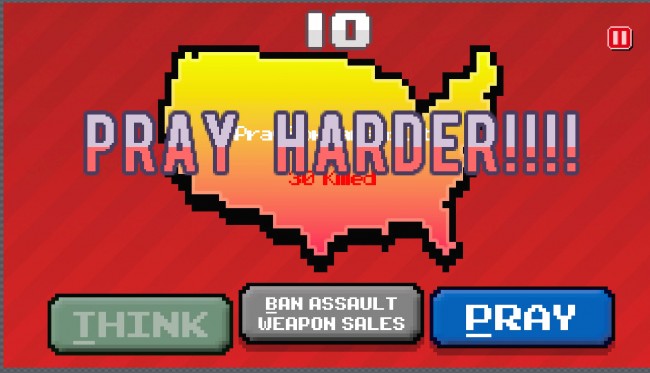