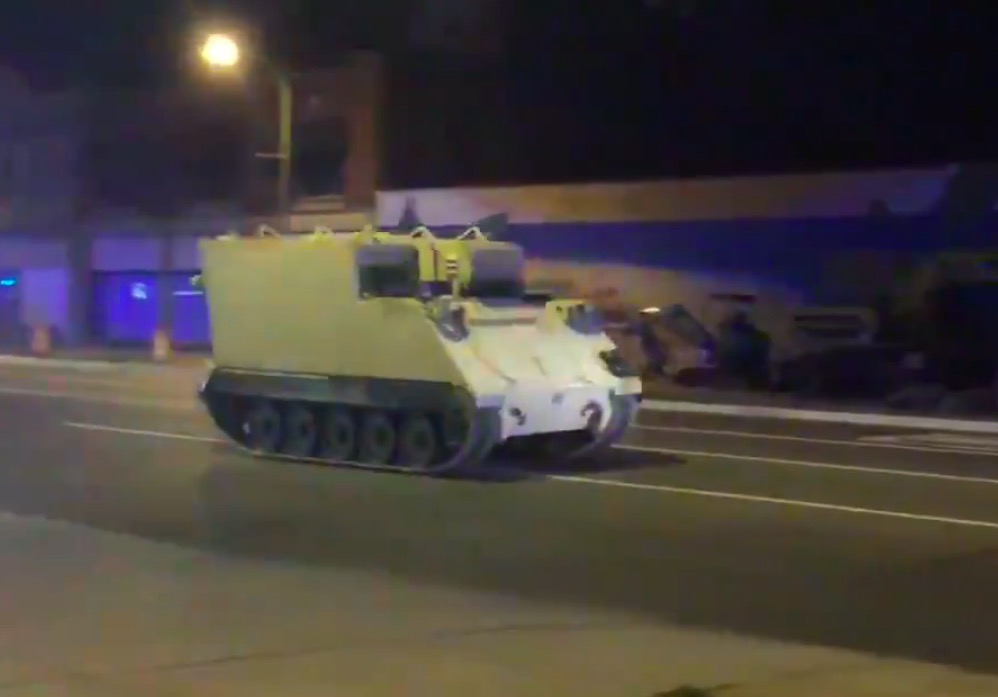 Parker Slaybaugh (great name), the communications Director for Virginia House Speaker Kirk Cox, was presumably minding his own business when a wild police chase — featuring what looked very much like a tank — roared past his house on Wednesday night.

He caught the spectacle on video: one squad car, sirens blaring led the chase. Shortly behind, an absolute unit of a machine sped past at top speed. A number of other squad cars followed.

This is INSANE! Someone has hijacked a “Tank-like” vehicle from Fort Pickett and just drove it by our apartment! This is on Broad Street in the Fan. pic.twitter.com/EYfhFux1dk

WTVR reported that Virginia State Police arrested a soldier from National Guard abuse at Fort Pickett on Tuesday night, who fled after stealing the armored vehicle.

Police were notified of the theft just before 8 a.m., and pursued the rogue soldier as he took his joyride to the highway. He was eventually taken into custody around 9:40 p.m.

Crime insider sources said the suspect, whose name has not been released, is a Virginia Army National Guard Lieutenant and lives in the Fan area of Richmond.

Sources added the Lieutenant is a commander with an engineering battalion at Fort Pickett.

Despite local outlets identifying the vehicle as a tank, Gizmodo reported it actually “appears to be an M577, a vehicle designed for use as a mobile command post by military officers or other support roles.”