You Get What You Pay For: Journalism Suffers When the Reporting is Free
VIDEO

You Get What You Pay For: Journalism Suffers When the Reporting is Free 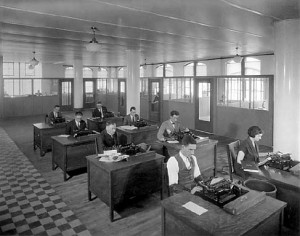 If you knew one thing about Sonia Sotomayor in the days before her confirmation hearing, it probably had something to do with her ‘wise latina‘ comment. But which crack journalist pulled this dirty tidbit from Sotomayor’s past and thrust it into the center of national news coverage of public debate?

Turns out no journalists were involved. Just politically driven bloggers. They’re, like, the new kind of journalists who work for free because they love the truth so much, I think.

In this month’s Atlantic, veteran print journalist Mark Bowden explains it quite well. Bowden examines what he calls “the daily tide of manure,” which journalists used to sieve and winnow into the truth. Now the stench just rots on the shore. Bowden follows Sotomayor’s ‘wise Latina’ and ‘apellate judges make policy’ sound bites from the deep recesses of the Internet onto the cable news networks — and not just FOX news — and ultimately into the spotlight of the Senate’s confirmation hearing (Meme Watch).

I would describe their approach as post-journalistic. It sees democracy, by definition, as perpetual political battle. The blogger’s role is to help his side. Distortions and inaccuracies, lapses of judgment, the absence of context, all of these things matter only a little, because they are committed by both sides, and tend to come out a wash. Nobody is actually right about anything, no matter how certain they pretend to be. The truth is something that emerges from the cauldron of debate. No, not the truth: victory, because winning is way more important than being right. Power is the highest achievement. There is nothing new about this. But we never used to mistake it for journalism. Today it is rapidly replacing journalism, leading us toward a world where all information is spun, and where all “news” is unapologetically propaganda.

Bowden unwraps how hobbyist blogger Morgen Richmond, a computer consultant by trade, dug up the sound bite-ready videos, edited them into shocking but digestible segments and posted them on his blog Verum Serum because he knew they were damaging to Sotomayor. From his blog, the videos were picked up by larger conservative sites, like the Volokh Conspiracy and Hot Air. And of course cable news producers, feeding their 24-hour news cycle habit, couldn’t resist once they saw the buzz that the videos were generating online.

Bowden’s piece is nostalgically backward-looking, almost eulogizing the downfall of journalism as he holds up the “the quaint protocols of my ancient newsroom career” to the sad state of affairs today. He ends the piece with the words of H. L. Menken, who called the journalist’s life “the life of kings.”

Bowden writes: “Journalism, done right, is enormously powerful precisely because it does not seek power. It seeks truth.” But not anymore. The kingdom has been laid to waste.

Fox Coverage, with the clips of Sotomayor: