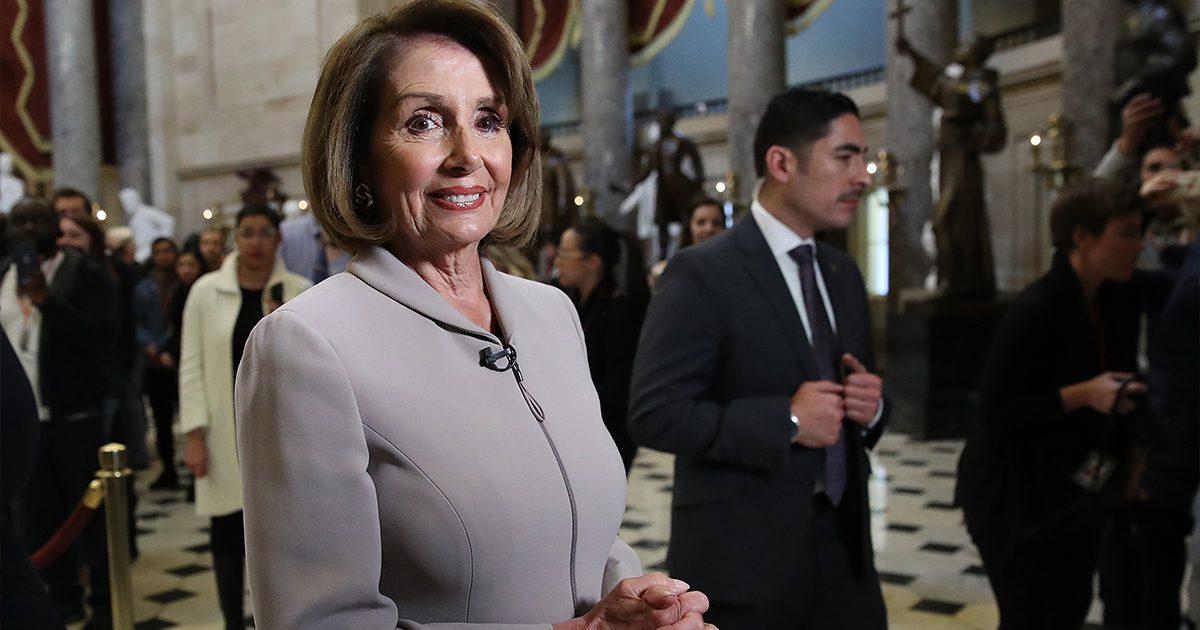 “The idea we would leak anything that would put the safety and security of any American at risk is an offensive flat out lie,” an unnamed official said, per Reuters White House correspondent Jeff Mason.

WH official on @SpeakerPelosi (1): “The idea we would leak anything that would put the safety and security of any American at risk is an offensive flat out lie.”

The letter went on to accuse Trump of further endangering “our troops and security personnel, or the other travelers on the flights.”

In Trump’s letter to Pelosi, the president justified grounding her plane by pointing to the government shutdown over his wall funding.

“Due to the shutdown, I am sorry to inform you that your trip to Brussels, Egypt and Afghanistan has been postponed,” he wrote. “We will reschedule this seven-day excursion when the Shutdown is over.

“The United States Congress is a co-equal branch of government in our system of checks and balances. The Congress has a constitutional responsibility to conduct oversight in the war zone where our men and women in uniform are risking their lives every day. After President Trump revoked the use of military aircraft to travel to Afghanistan, the delegation was prepared to fly commercially to proceed with this vital trip to meet with our commanders and troops on the front lines. In the middle of the night, the State Department’s Diplomatic Security Service provided an updated threat assessment detailing that the President announcing this sensitive travel had significantly increased the danger to the delegation and to the troops, security, and other officials supporting the trip. This morning, we learned that the Administration had leaked the commercial travel plans as well. In light of the grave threats caused by the President’s action, the delegation has decided to postpone the trip so as not to further endanger our troops and security personnel, or the other travelers on the flights. Whether here or abroad, the Speaker always thanks our troops, diplomats and intelligence community for their heroism and service. The Speaker commends her colleagues on the delegation, who personally and officially have dedicated their lives to protect and defend the American people.”