Yes, There’s Already a Poll Out on the 2020 Election 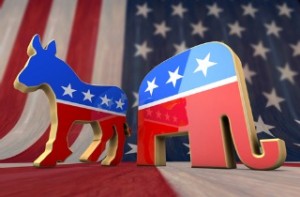 Wanna talk about 2020 yet? Of course you don’t. We just finished an election.

But there’s already a poll out there about 2020!

Public Policy Polling’s new poll takes a look at who Democrats want for their nominee in four years. (And before you ask, no, Hillary Clinton is not on the list.)

Joe Biden, who has not completely closed the door, is the choice of 31 percent of Democrats, compared to 24 percent for Bernie Sanders.

Elizabeth Warren gets 16 percent, while Cory Booker, Al Franken, Andrew Cuomo, and others are in single-digits.

But what’s most interesting about Biden and Sanders topping the list is this other kind of important metric:

Beyond wanting a younger candidate, only 25% of Democrats say they want their candidate in 2020 to be someone who has run for President before. 41% would prefer someone who’s never run before, and 34% say they’re not sure one way or the other.

That should give you some idea of how limited the field is right now.

But for those of you who think it’s FAR too early to care about 2020, PPP has this to say: