Who Needs Dwayne Johnson When You Have Al-Baghdadi?
Opinion

Who Needs Dwayne Johnson When You Have Al-Baghdadi? 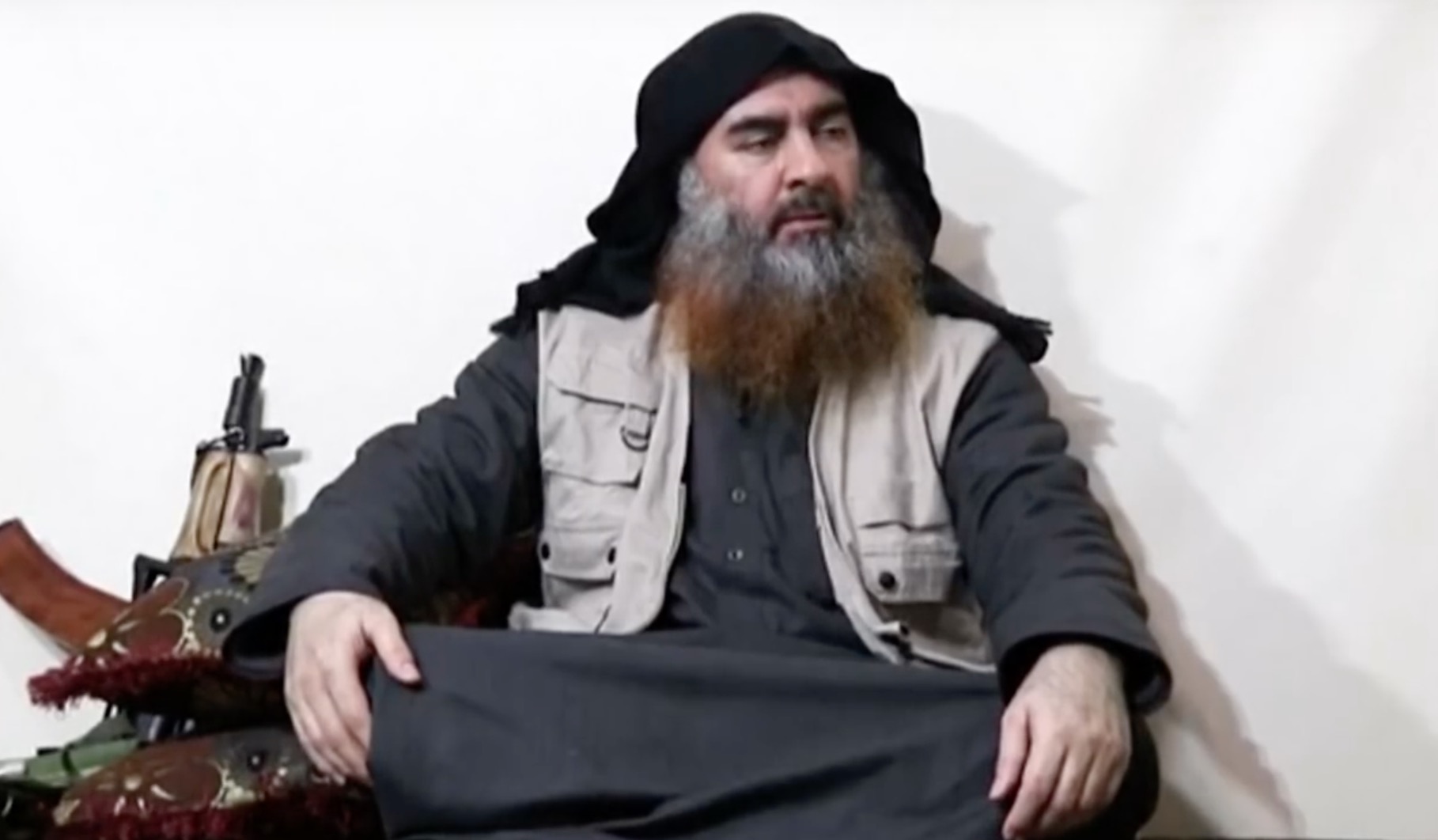 “It looked like a movie,” President Donald Trump said.

What would have happened if right after Armstrong got off that ladder, the Soviet Union, instead of accepting defeat in what had been a ruthless, nationalistic cold war race to be the first to land on the moon, had questioned the veracity of the whole American operation?

Was Apollo 11 really on Mare Tranquillitatis? Or more likely at the CBS lot in Studio City?

By accepting the American lunar landing at face value Leonid Brezhnev created, according to Umberto Eco, a perfect system. A fact.

The occidental news media have all repeated the fact that homicidal rapist Abu Bakr al-Baghdadi had achieved, thanks in part to his infinite knowledge of the Qur’an, in northern Iraq and southern Syria, the impossible: the reconstitution of the Caliphate.

Except that the rapist was a mediocre high school student who later crashed the Islamic University of Baghdad, which was, in the highly cynical, secular Ba’athist Iraq, to Allah what University of Phoenix is to Oxford’s postdoctoral semiology studies.

Western journalists, of course, know and care as much about the Muslim world as panty sniffers care about panty liners — not so much.

The Washington Post’s headline “Abu Bakr al-Baghdadi, austere religious scholar at helm of Islamic State, dies at 48” had Rupert Murdoch write a letter of complaint to the Vatican for all the wrong reasons. The old coot likely hated “austere religious scholar” because the words fundamentalist Islamic terrorist were not used. The problem was the word “scholar.”

Why was the Post, and much of the Western press, giving this raging sect leader a resume he certainly didn’t have? It could be that a boogeyman’s life drama is more lucrative than a Grover Norquist ten-part series on tax reform.

By giving this homicidal “Rolex Caliph,” as he was known in the Muslim world, stature and legitimacy, the fourth estate not only associates him with statesmanship, it turns him into the perfect foil.

Far from being a vital counter-offensive to power, the press is actually one of its vital instruments. A status quo enabler. When journalists and pundits treat politicians and tyrants as pop stars, they are more penthouse gossips than Isidor Feinstein Stone.

The U.S. military wants you to believe he was Alexander The Great. Otherwise it will have to account for the fact that he got radicalized during Saddam Hussein’s “faith campaign,” used to rally the troops after the humiliation of the 1991 Gulf War. A secular population, Saddam quickly found out, is apathetic, but in the name of God all bets are off and people start flipping tables — especially if the Great Satan was dancing on them.

Bashar al-Assad did the same thing in 2011 when he released thousands of Islamist fighters from Syrian prisons, as the U.S.-backed, mostly secular rebellion was getting too close to Damascus: he unleashed the dogs of God.

An Alexander The Great is essential to justify a military invasion.

You can’t have G.I.’s dying while fighting a bloated rapist with a cangianti bushy beard, in a filthy kaftan and sandals.

Like every mass rapist cult guru loser, al-Baghdadi had a business plan and some luck at catching a trend: weaponizing the internet with stochastic demonic terror smack dab in the middle of geniuses Paul Wolfowitz, Douglas Feith, Walter Slocombe and Donald Rumsfeld’s unfortunate de-Ba’athification.

The problem was, this idiot al-Baghdadi forgot he wasn’t opening a yoga retreat but a terrorist state. With an address. How was this going to work?

The media in the West fell for it and, as usual, with so many Pentagon reporters using the pronoun “we” when discussing the U.S. military advances in the Middle East, honored their role as the secretary of state’s communication directors and Pentagon press secretaries.

An investigative press would have tried to understand why al-Baghdadi wasn’t killed in early 2016 when the U.S. military knew were he was. For power to work the press must be part and party — otherwise cultural hegemony is at risk. The press as a check and balances is the biggest counterintelligence agitprop fallacy the ruling class created. It’s not just the press; intellectuals rarely if ever challenge the establishment. When they tentatively do, the first ones to ostracize them are… the media. The ruling class created an orthodoxy, a common sense. Journalists know what is culturally acceptable for the ruling class and what is not and many have tacitly agreed to obey that order of things.

Journalists knew that ISIS mainly took over land that was left from a failed state condition, while power was busy somewhere else dealing with the fog of war. ISIS cult followers blended in with the crowds, lying in wait in villages for the first sign of a vacuum. The media knew that although al-Baghdadi was a Salafist, his brand of derangedness most closely resembling Wahhabism, but mentioning that would implicate the palacio of crazy: Saudi Arabia. That, of course, would have meant pissing off the U.S. presidents’ best friends who were not only funneling money to ISIS but also to the 9/11 hijackers — the reason the U.S. was in Iraq of all places in the first place, an occupation that created al-Baghdadi.

The media’s fascination with these low lives, down market savages from Dzhokhar Tsarnaev to al-Baghdadi, the ease with which they elevate their status to that of a hero, an idol, are part of a consensual surrender to slave morality that ultimately creates a perfect system for power to thrive.