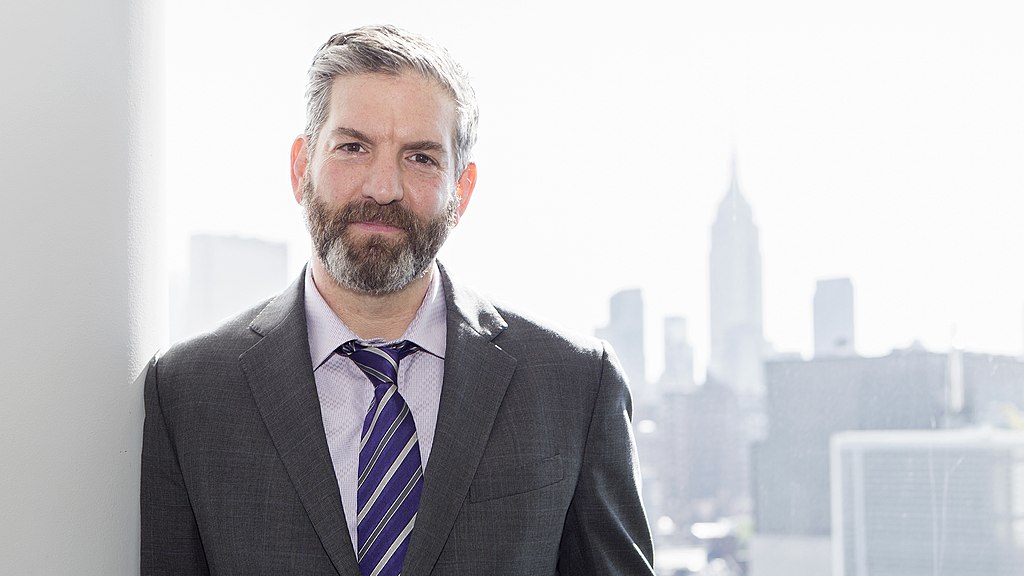 Noah Shachtman, a veteran journalist who cut his teeth as a national security reporter before rising to the top of the Daily Beast masthead, joined Rolling Stone earlier this year as its new editor in chief.

The hire has brought renewed attention and buzz to the 54-year-old rock magazine.

At the Beast, Shachtman presided over a fast-paced newsroom that put a premium on scoops. He has sought to bring equal energy to Rolling Stone, which has broken several big stories since he took the reins, including a report that exposed the extent of Eric Clapton’s anti-vax crusade, as well as an alarming exclusive on meetings between Jan. 6 protest organizers and members of Congress.

Shachtman joined me on this week’s episode of The Interview podcast to discuss the first few months of his tenure at Rolling Stone, and what he’s trying to do with the legendary magazine.

Rolling Stone is a natural fit for Shachtman, himself a musician who once played at venues like CBGB in New York before choosing journalism as a full-time career.

I called up Shachtman on Tuesday to discuss the daunting task of taking over Rolling Stone, where he plans to take the magazine, the future of print media, and who’s next in music.

On how Rolling Stone will treat the stars it covers

My vision is to have a sometimes oppositional relationship to the stars we cover, depending on whether those stars are doing bad things or not. If they’re just making great art, then I think we’ll have a celebratory relationship with them. If they’re making great art and being shit-birds on the side, we’re probably going to have a more adversarial relationship with them. I should note that this has happened throughout Rolling Stone’s history. For example, Johnny Depp was on the cover any number of times and then got aired out in 2019 by Rolling Stone. But I think you’ll see him more consistently aggressive posture towards, especially, the music industry figures that may not be the leading lights.

On the future of print magazines

Whether it’s in print or online or a magazine or a newspaper or a TV show or what have you, you’ve got to bring something new to the table. You’ve got to bring something original to the table. That has to be sensibility, and it should also be new information, too. I think what’s definitely dead is this idea that a magazine can just wrap up a bunch of daily reporting into a nice little bow and present that and call it a feature. That proposition, I think, is pretty much dead. But in terms of deep dives and strong voice and beautiful presentation, I absolutely think that’s alive and well. I was lucky enough to be part of a crew at Wired magazine back in the day that really produced just incredible journalism and incredible magazine-making. Some of the issues that we produced in that era, I really look up to now and I’m trying to replicate how beautiful, how hard hitting, how inventive they were. I’m hoping to match that level.

On growing talent at Rolling Stone

Hunter S. Thompson and Annie Leibovitz didn’t start out as stars. Annie Leibovitz was like a college kid when she started working at Rolling Stone. We’re going to look to develop our own talent and grow our own talent, and we’re going to look to make stars out of people who can get scoops and who can tell stories beautifully. What we’re not going to do is take a big name but no game person that was famous 40 years ago and give them $17 a word, just because they used to be famous once. I don’t think we’ll be doing that. What we will be doing is, people that have got great material, we’re going champion that great material. And some of those people will be people you’ve heard of before, and some of those people won’t be or they’ll be people you’ve heard of by the time we get done with them. At the Daily Beast, I think I’ve had a pretty good track record of taking folks that might have been on the periphery of the news game and putting them right at the center, and I’m planning on doing the same thing here.

On covering the Biden administration

The Biden administration is a tough cover. Honestly, I don’t like anybody’s coverage of the Biden administration. I find it all a little bit flat and process-oriented. That’s 100% across the board. I don’t think it’s been great. I don’t feel like they’ve been called out enough for their misdeeds. And it doesn’t seem like anybody’s got a truly fingertip feel for the dynamics inside the administration. So no, I don’t think anybody is really great. And how do you go about doing it? I think the way to do it — and what we’re going to try to do is tackle very specific issues and try to go really hard on very particular issues rather than going at the White House, or something like that. So that’s our approach. Take immigration. The Biden administration’s record on immigration so far has been god-awful. And I feel like they’re not getting nearly enough heat for it. I want to revise what I said before, the only really good moment of reporting on the administration I’ve seen so far is when the meltdown withdrawal of Afghanistan happened. Then for the first time you started to see, from all outlets, really aggressive gang coverage about what went wrong, who was ringing the alarm, who was lulling themselves to sleep, who was telling themselves stories that they wanted to hear. That to me was the one really good moment so far in this first 10 months of the Biden administration of coverage. Otherwise, it’s been kind of flat.

On the music that Rolling Stone has its eye on

Number one, if you’re not paying attention to it, there’s something really remarkable happening in West African music and African music breaking out into the mainstream through hip hop and R&B. Whether it’s Wizkid, Tems, or Burna Boy, there is something really special happening that hasn’t happened before in global pop music. So that’s really cool. In the Latin space, the talent right now is just through the freaking roof. Most listeners have heard of Bad Bunny, he’s great, but you’ve also got Rauw Alejandro, Jhay Cortez. So many great artists coming there. That’s a big space to watch for. And just in general, I think it’s a really cool time for music. At least when I was coming up, international artists were kind of consigned to the “world music” section. Kind of like the way any story that takes place overseas is confined to the “world” section of a paper or an outlet. And there’s something really cool happening where the world section is the section right now. Whether it’s K-pop or any of the artists that I’ve just mentioned, it’s kind of like what happened with the NBA: the international game has taken over the game. And that’s incredibly exciting to me. So I think you’ll see a lot of that in the months to come and you will see some very well-known artists who are instantly recognizable in the next couple of months and hopefully you’ll be seeing them in a way you haven’t seen them before.