Alyssa Milano Sparks Backlash For ‘Hypocritical Defense’ of Joe Biden Amid Allegation: ‘You Are a Fraud’ 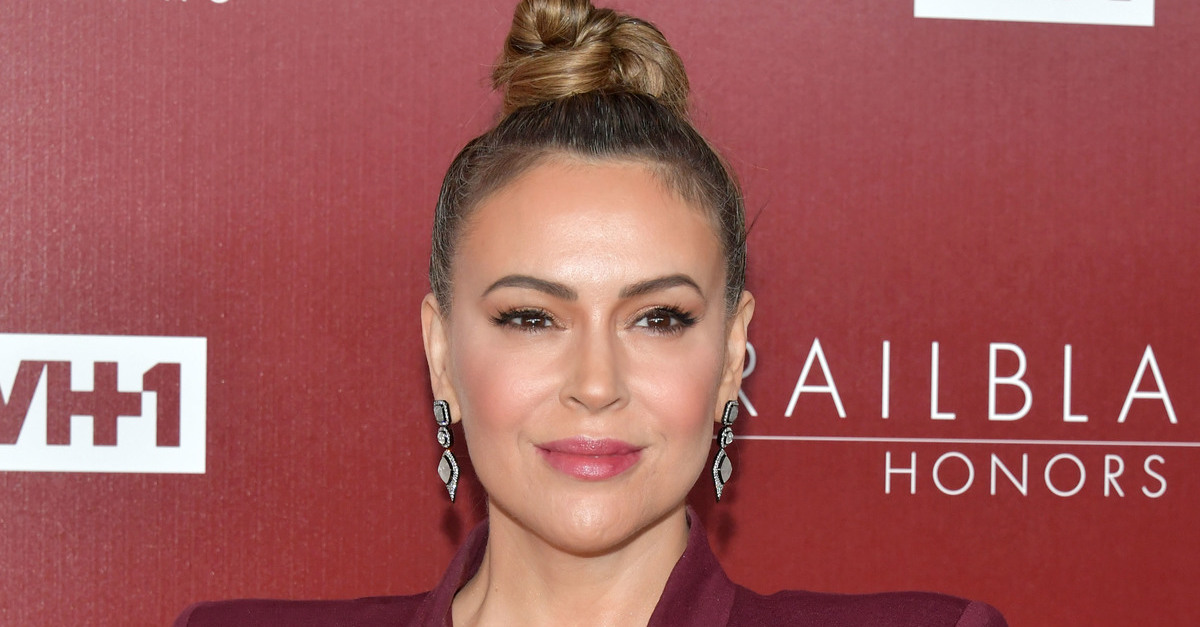 Actress and activist Alyssa Milano sparked backlash on Twitter when she defended Democratic candidate Joe Biden despite the fact that his former staffer Tara Reade came forward with assault allegations.

Milano had previously received criticism for her silence regarding Biden’s harassment allegations, so she explained on a radio interview with Andy Cohen that she was skeptical that Reade’s statements were credible.

“I’ve been very vocal for Biden and my support for him and I did do my due diligence because part of it was that Times Up decided not to take the case, and so…I did my work, and I spoke to Times Up and I just don’t feel comfortable throwing away a decent man that I’ve known for 15 years in this time of complete chaos without there being a thorough investigation,”  she told Cohen.

“You’re getting dragged on Twitter by Bernie Bros,” Cohen interjected.

After the interview, Milano took to Twitter to add that believing women “does not mean everyone gets to accuse anyone of anything and that’s that.”

#BelieveWomen does not mean everyone gets to accuse anyone of anything and that’s that. It means that our societal mindset and default reaction shouldn’t be that women are lying.

The actress quickly received criticism on Twitter from both liberal and conservative figures. Many pointed out the “hypocrisy” of her statements, considering her ties to the #MeToo movement, and her vocal stance amid the Brett Kavanaugh hearing.

It’s extremely telling that the article I wrote about Trump and tie he Kavanaugh defenders applies equally to you. https://t.co/Py03r7hegt

You are a fraud. This is about holding the media accountable. You go after Trump & Kavanaugh saying Believe Victims, you are a lie. You have always been a lie. The corrupt DNC is in on the smear job of Tara Reade, so are you. SHAME https://t.co/B7NHK4k09K

This rationalization from @Alyssa_Milano about why she refuses to discuss the sexual assault allegations against Joe Biden, and the way she casually dismisses the credibility of the accuser, is astounding.

What a commentary: Despite #MeToo, only one major party presidential candidate hasn’t been accused of rape…and he’s not the front-runner.

alyssa milano is beyond parody pic.twitter.com/WKO0g7IKIO

So I’m curious @Alyssa_Milano. How does this square up with your call for @FairfaxJustin to resign when he was accused? What’s the difference between him and @JoeBiden? Not a gotcha. Just curious as to the distinction. https://t.co/CorUqRyEIG

I guess I don’t understand how you aren’t pushing for an investigation then?

Incredible. @Alyssa_Milano says she assumes that mainstream media would cover #TaraReade if her claims were credible ? and that we have to find “balance” in #Metoo and #believewomen. Don’t remember those caveats before ? https://t.co/5MTEx5VyKw

How do you personally determine whether an allegation of sexual assault is credible? I have my own thoughts about this having done quite a bit of reporting on sexual assault, but I want to know how you reason this out.

You clearly exploited #MeToo for publicity. Hope you feel good about that.

#MeToo was pivotal for me, as it was for so many. It allowed me to finally process that I’d been habitually harassed. I’d made excuses, denied, got defensive…

I’m disturbed that one of the movement’s faces, @Alyssa_Milano, has discredited a woman’s story based on partisanship.

Interesting ? #Kavanaugh ??? Remember him? You #HypocriteEliteWitch