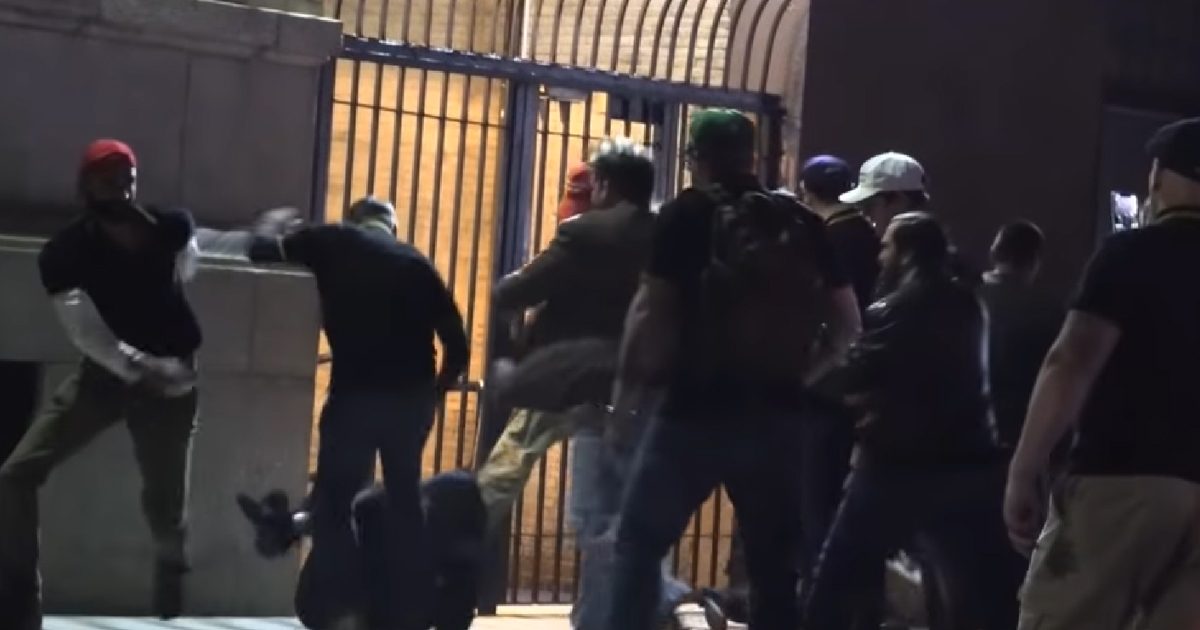 Maxwell Hare and John Kinsman, two members of the violent far-right organization the Proud Boys, were hit with four-year prison sentences on Tuesday for their roles in a Manhattan street brawl that took place a year ago.

The two Proud Boys were handed down convictions by a New York State Supreme Court judge for attempted assault, attempted gang assault, and rioting during the October 2018 incident, per the New York Times. While Hare and Kinsman claimed self-defense in the episode, which occurred outside the Metropolitan Republican Club in the Upper East Side during an event thrown by Proud Boys founder Gavin McInnes, the court cited security camera footage showing the two Proud Boys instigating the attack. Footage obtained by the Times shows that Hare and Kinsman started the fight and later bragged about beating a “foreigner.”

Justice Mark Dwyer said that the two were being made an example of in an attempt to curb the trend of politicized street violence, noting that “violence meant to intimidate and silence” cannot be allowed in American political life, while also stating, “I know enough about history to know what happened in Europe in the 30s.”

“In cities across America these two groups have repeatedly engaged in violence against one another,” Dwyer continued. “It became clear during this trial that violence is very much ingrained in the Proud Boys ethos.”

While the justice did not specifically call out McInnes — who has repeatedly praised and called for far-right violence in recent years — Dwyer did allude to the SPLC designated hate group’s founder for his passive role in inciting the attack: “It’s a shame when some people jump up and down on a platform and their followers, their soldiers, get in trouble.”

Hare and Kinsman voiced regret for their role in the attack, with the former acknowledging that it was “mistake that night” and the latter telling the court, “I regret the entire incident.”