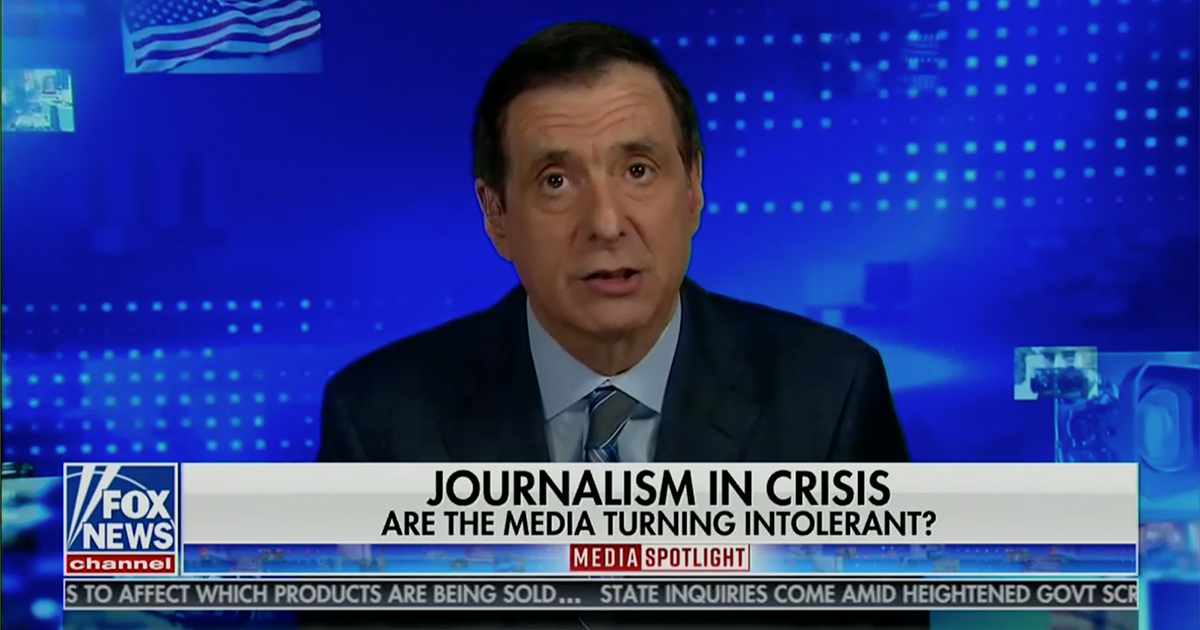 Fox News’ Howard Kurtz received a brutal mocking for a column that “both-sided” the refusal of the Trump administration to concede the presidential election and comments from liberals like Whoopi Goldberg.

“It used to be that presidential elections settled things for awhile, even when power changed hands, as a new leader was given a little breathing room to pursue his priorities,” the column began. “Not this election.”

Kurtz’s piece was meant to highlight the actions and insults getting fired from both sides of the aisle following the election, with liberals celebrating the victory of Joe Biden, while President Donald Trump falsely claims the race was stolen.

Instead, pundits focused on Kurtz’s decision to compare Goldberg with Secretary of State Mike Pompeo — mocking him for placing equal blame on the head of the State Department and the host of The View.

“On one side, we have Whoopi Goldberg scolding Trump voters for questioning the election, telling them to ‘suck it up,'” he wrote. “On the other, we have Mike Pompeo dismissing as ‘ridiculous’ a question about the transition, saying: ‘There will be a smooth transition to a second Trump administration.’”

Kurtz also equated former MSNBC host Toure with Georgia’s current Republican senators, who are calling for the resignation of their secretary of state.

“On the other, Georgia’s two Republican senators (who are facing runoffs) are calling for the resignation of its secretary of state, also a Republican, for saying any fraud did not rise to the level of overturning Biden’s narrow win there,” Kurtz wrote, later faulting Toure for “taunting Trump voters” by hoping “the pain and anxiety [they] feel now is excruciating.”

Noticing how bizarre and lopsided Kurtz’s comparisons were, journalists and pundits took to Twitter to mock the Fox News host:

The worst take of the day: “One one side, the peaceful transition of power. On the other, Whoopi Goldberg. They’re just the same!” https://t.co/5rqEmeVc0n

Yes, I always said that Whoopi Goldberg should stop interfering with the President-Elect’s intelligence briefings. Totally a “both-sides” kind of thing. https://t.co/EIRpqeGEtt

This is going to be Exhibit A in the National Both Sides Museum https://t.co/e0MX50M2q2

From the Trump administration kinda maybe entertaining the idea of a coup to that guy doctoring the Avengers scene to be mean to Trump, both sides are playing the politics of payback. https://t.co/gqhodaB8aA

Yes, a full federal agency violating all fundamental norms over utterly unevidenced claims of voter fraud is exactly equivalent to a random celebrity saying something impolite. A media travesty such as Fox demands a media reporter as dead-brained and corrupted as Howard Kurtz. https://t.co/433jJmuAZC

One side is barring Biden officials from federal buildings and undermining our democracy with baseless conspiracy theories in an effort to steal a presidential election.

The other side has Whoopi Goldberg telling people to suck it up.

I see no difference between these things. https://t.co/hkuLZAdhkW

ah yes, the famous two sides, “the president of the United States” and “Whoopi Goldberg” https://t.co/DiQoOoz6OW

we must impeach Whoopi Goldberg. https://t.co/f5mwdzx5kw

On one hand, the federal government disregarding the law on behalf of a leader who refuses to accept the results of results of an election.

On the other, the star of Sister Act saying a mean thing.

These things are the same to me. I am very smart. https://t.co/7STtAsHHgE

this has always been the unequal balance for conservatives, even moderate ones. one side is doing a soft coup from a position of power, the other side had a celebrity say mean things. they are only comparable if you’re out of your mind or a huge baby. https://t.co/NjYiCrGRTp

One of these things is not like the other https://t.co/vBPmoJkiEM

The column is even worse, it compares a *former* TV host to Georgia’s senators calling for their secretary of states resignation and Whoopi Goldberg to Mike Pompeo. pic.twitter.com/0RF4UqlScE