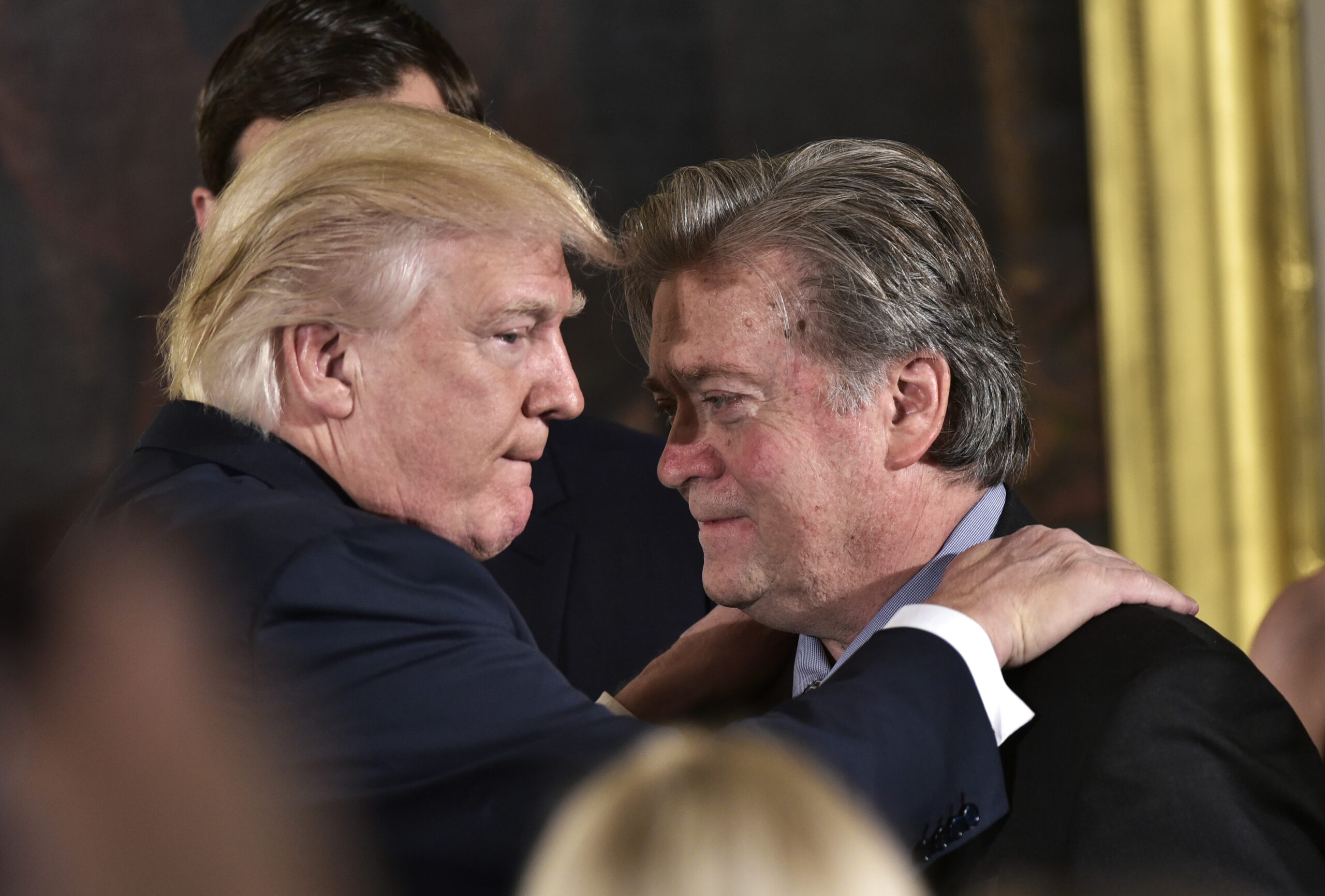 Rosen made the allegations while appearing as guest on the podcast Skullduggery, hosted by Yahoo News editor in chief Daniel Klaidman and their chief investigative correspondent Michael Isikoff.

Discussing his memoir Ticking Clock, which was released on Feb. 16, Rosen gifted Skullduggery listeners with some of the bombshell revelations included in his much anticipated tell-all.

Rosen and Bannon developed somewhat of a relationship after the producer invited the former White House official to sit down for a 60 Minutes interview. The two allegedly exchanged pages worth of text messages before Bannon finally agreed to an interview once he had been fired by Trump.

“Steve is a big talker — kind of a big gossiper,” Rosen said at the 11:47 mark, explaining why he maintained a relationship with Bannon. “He became a big source for a lot of media people in Washington, and during that period of time that I was with him, he was — I became kind of a therapist.”

Rosen recalled flying to Washington D.C. on a Saturday night to meet with Bannon at the White House, leading to a string of meetings, during which Bannon would reveal information and stories regarding Trump.

The producer then explained that his main goal was to earn Bannon’s trust — proving to the former White House strategist over several years that he would not leak any stories, before eventually dropping a bombshell tell-all.

Roughly 16 minutes and 44 seconds into the podcast episode, Rosen was asked about the breaking news included in his memoir: Bannon believed Trump was suffering from “early stage dementia” while president.

Bannon also allegedly thought Trump would be removed from office via the 25th Amendment, as he was no longer mentally capable to lead the nation.

“He didn’t want to talk about it on 60 Minutes at the time,” Rosen said, adding, “This was a period of time when he had great frustrations with Trump.”

“Bannon realized that Trump was repeating the same stories over and over again,” he added, later citing a David Brooks column that claimed Republican senators gave the former president a standing ovation — as a form of support — after he constantly repeated himself during a White House meeting.

Rosen then revealed that Bannon thought he could be president one day — perhaps explaining his theory on Trump’s mental health.

“A lot of it is to draw attention to himself,” Rosen added of Bannon, noting that although he often complained about he was portrayed by the media, he instigated several of the stories himself.

Listen to the full Skullduggery episode on Acast. Rosen’s comments on Bannon begin roughly 11 minutes in.