Did Trump Just Admit Attempted Collusion? These Reporters Think So 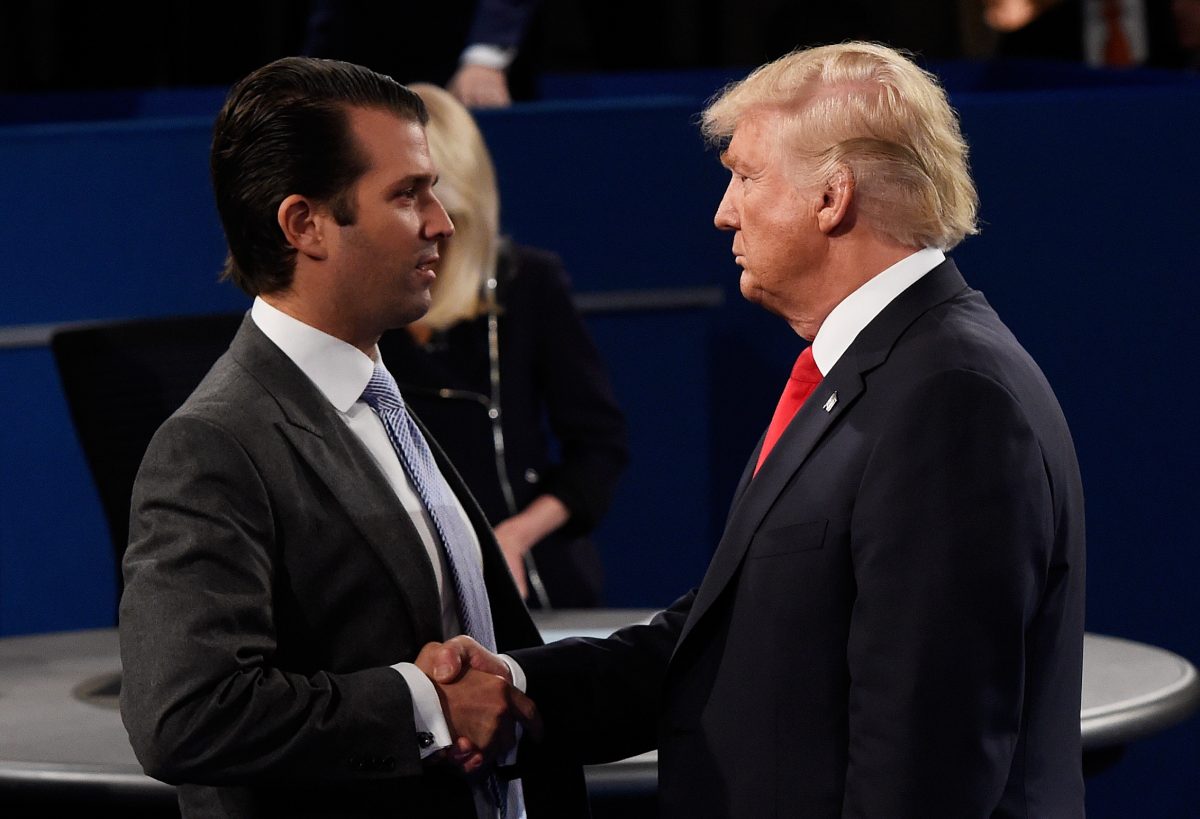 President Donald Trump blasted out a tweet Sunday morning — amongst many — declaring that reports saying he’s worried his son Don Jr. could be in legal trouble are a “complete fabrication.” But he also described the infamous meeting at Trump Tower as a “meeting to get information on an opponent.”

Fake News reporting, a complete fabrication, that I am concerned about the meeting my wonderful son, Donald, had in Trump Tower. This was a meeting to get information on an opponent, totally legal and done all the time in politics – and it went nowhere. I did not know about it!

That’s interesting, because Don Jr.’s initial statement about meeting said its focus was “a program about the adoption of Russian children,” and not an attempt to seek out dirt from the Russians on Hillary Clinton

As Special Counsel Robert Mueller investigates potential collusion between the Trump campaign and Russia during the 2016 election, the Trump Tower meeting has come under scrutiny.

NBC News’ Chuck Todd pointed out that in the tweet, “the president admits his campaign did willingly reach out to Russians for dirt on Clinton.”

Um…In this tweet, the president admits his campaign did willingly reach out to Russians for dirt on Clinton. Attempted collusion? https://t.co/1b8L8hPy1b

Others drew the same conclusion, noting that Trump appears to have just given up on denying accusations of collusion.

POTUS deep-sixes the “adoption” lie. Collusion is fine and everyone does it. https://t.co/Pg0IIq6MBm

So not adoptions then? https://t.co/gz65pOAk0W

Oh wow. Here’s a U.S. president, for the first time in American history, admitting that his campaign accepted offers of help from Russia: https://t.co/lmPtzs1jNz

We are going to be hearing about this tweet a whole lot for a long time. As well as whatever insane nonsense Rudy comes up with to explain it. https://t.co/4UlhnAPYhz

oops you just admitted it was collusion! https://t.co/vTIEM2d3hS

You mean, a meeting about adoptions, the subject of which was “not a campaign issue”?https://t.co/7VHwAv8tyM

Recall that original explanation for this meeting, in statement from Don Jr that POTUS helped write was that this was “a short introductory meeting…primarily discussed a program about the adoption of Russian children…” 1/ https://t.co/166X7pdHNA

4/ POTUS this morning said: “This was a meeting to get information on an opponent…”

So please feel free to be the judge as to who has been sharing fabrications.