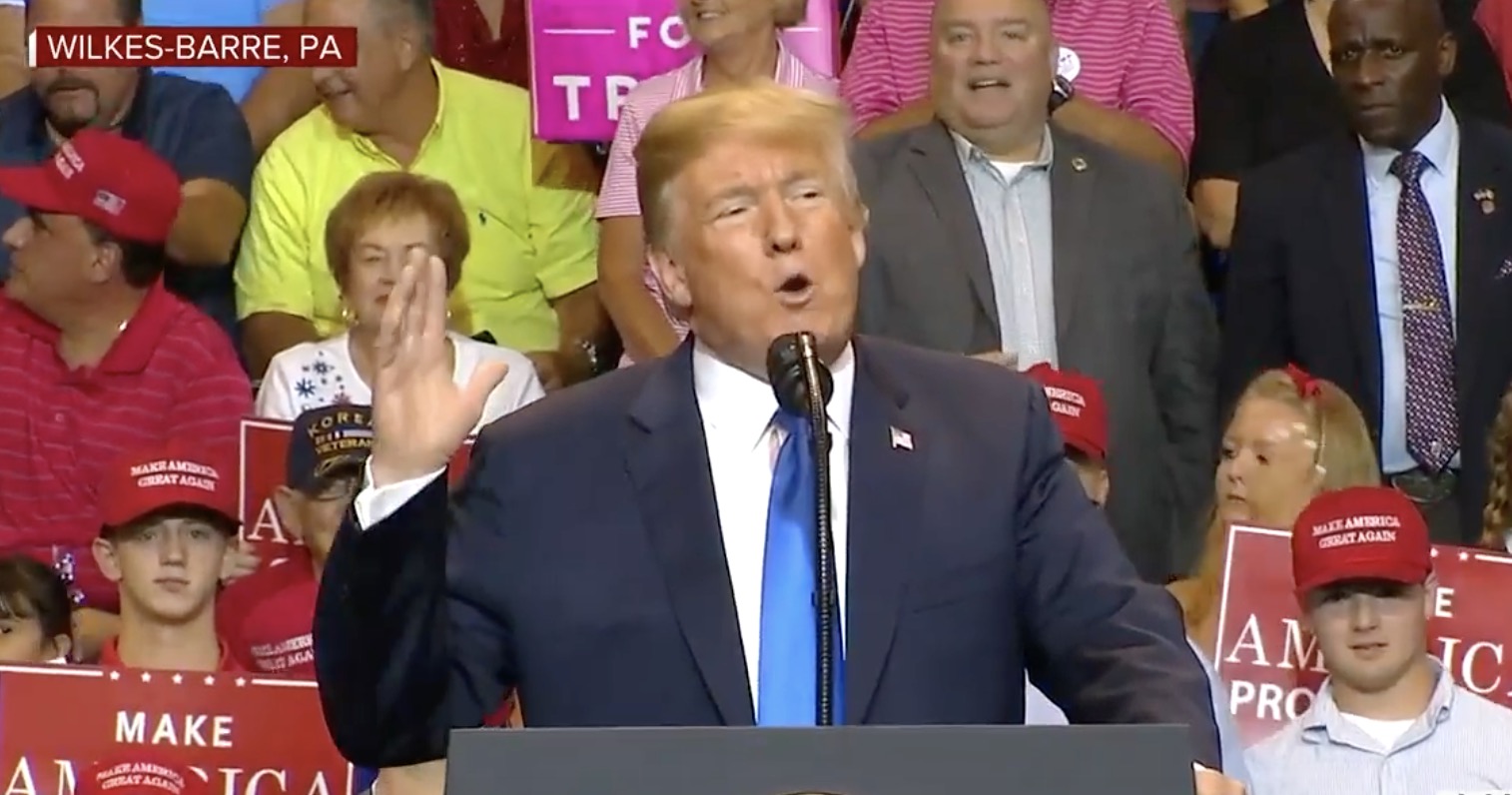 As President Donald Trump escalated his attacks on the media Sunday, reporters went on the defensive, calling out his rhetoric with grave concern.

It started when Trump launched accusations against the press that morning, blasting them as a bunch of “dangerous” and “sick” people with the intent of dividing the public and the capability of inciting war.

“The Fake News hates me saying that they are the Enemy of the People only because they know it’s TRUE,” Trump tweeted. “They can also cause War! They are very dangerous & sick!”

Journalists pointed out that the president’s words were the real danger.

“This is outrageous,” MSNBC’s Chuck Todd tweeted in response. “I don’t know what else to say to someone accusing me and my colleagues of causing war. I know he’s baiting us to respond. I’m taking the bait in hopes that rational folks realize this is wrong and dangerous.”

New York Magazine‘s Jonathan Chait also jumped in, noting the president was pushing his “enemy of the people” line even further, calling the warmongering charge bizarre.

Check out the range of reactions below:

This is outrageous. I’m sorry, I don’t know what else to say to someone accusing me and my colleagues of causing war. I know he’s baiting us to respond. I’m taking the bait in hopes that rational folks realize this is wrong and dangerous. https://t.co/yhS3a8wEaU

Mr. President, I hope you watch today’s @ReliableSources segment about rising threats against journalists. We’re going to play audio of a recent threat. 11am ET. https://t.co/q6TkbFCntc

this is so gross and dangerous and, fundamentally, insecure https://t.co/KfB20SDZAv

The morning six-pack of Diet Coke has kicked in https://t.co/BEHl9gEgWo

Trump is taking “enemy of the people” attack farther, adding bizarre charge of warmongering. I wonder if this is a response to reports that his North Korea deal is a Potemkin facade. https://t.co/zjmdZ4cscW

Someone is dangerous and sick. “Enemy of the people” was what the Soviet Communists called persons before killing them. https://t.co/yJGBp5X0uW

I think you can tell when he really believes his own nonsense and when he’s trying to gin up a distraction.

This has no specificity, no proper names. No raw, real injury and fury.

This is a scared man. Terrified. Desperate. He can’t even fake outrage well.

It is true that certain members of the media and commentariat cheered on military interventions in Syria that *checks notes* President Trump ordered and bragged about https://t.co/6AzHxMoiSX