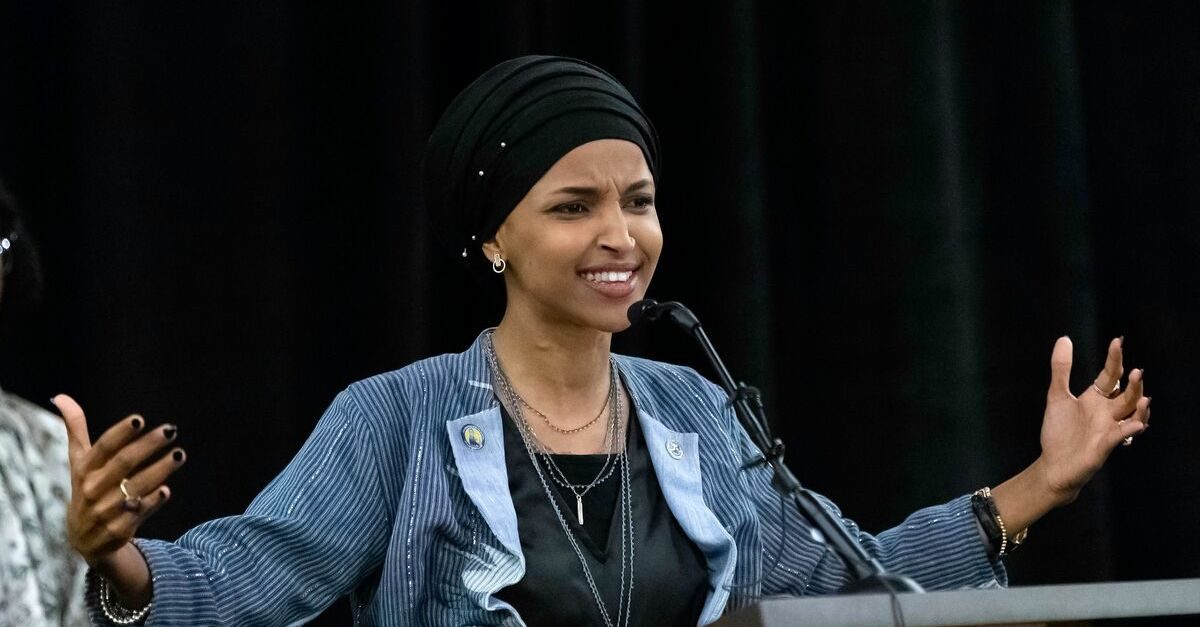 Ilhan Omar (D-MN) has accused President Donald Trump of endangering her life by amplifying a false, now-deleted tweet claiming that the congresswoman was out dancing on the anniversary of 9/11.

On Wednesday, Trump retweeted two tweets from Terrence K. Williams, a right-wing Twitter personality who the president previously promoted for advancing conspiracy theories about the Clinton family and Jeffrey Epstein. One of the tweets Trump retweeted today claimed that Omar “partied on the anniversary of 9/11.”

IIhan Omar, a member of AOC Plus 3, will win us the Great State of Minnesota. The new face of the Democrat Party! https://t.co/aQFEygSa4D 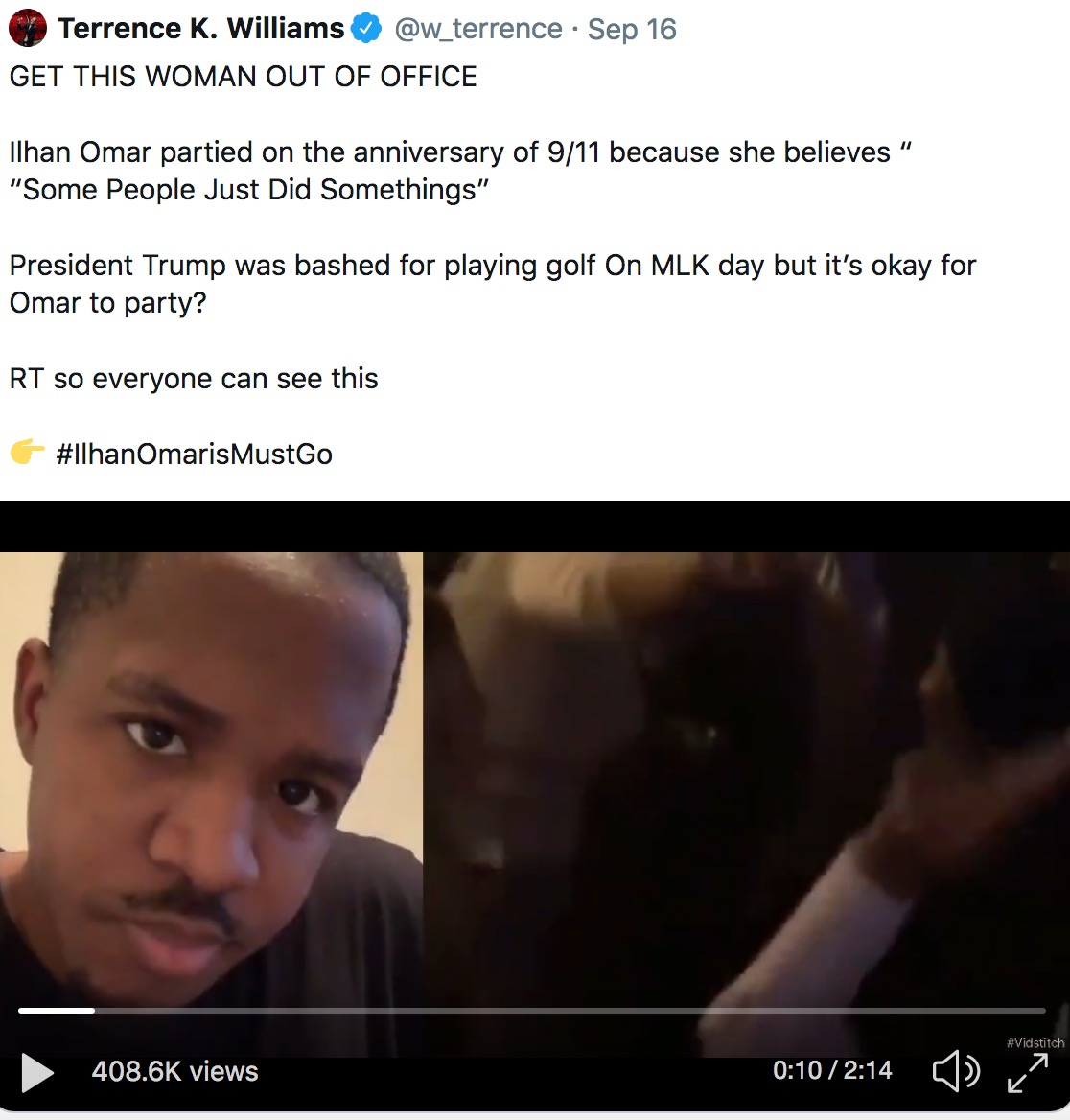 And here’s the video:

Contrary to Williams’ claims about the Omar video, she was not dancing on September 11. Instead, that video was recorded on September 13, when Omar joined the Congressional Black Caucus for their annual legislative conference

Can someone name something better than @IlhanMN dancing to @lizzo? Because I can’t think of anything. #CBC2019 #CBCWeek #cbcweekend pic.twitter.com/KvsCRvgKQX

Omar has noticed Trump’s tweet, and she’s slamming him for “continuing to spread lies that put my life at risk.”

This is from a CBC event we hosted this weekend to celebrate black women in Congress.

The President of the United States is continuing to spread lies that put my life at risk.

What is Twitter doing to combat this misinformation? https://t.co/XdkRVrU7mZ