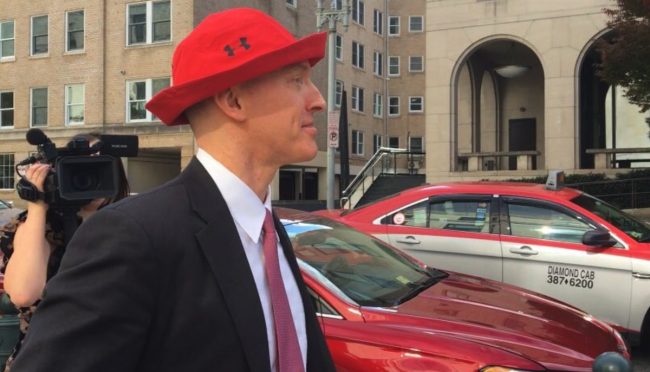 As the New York Times reported, the documents released include an October 2016 application to the Foreign Intelligence Surveillance Court for the Page wiretap, as well as a number of renewal applications. The Times and other outlets obtained the documents thanks to FOIA lawsuits.

The docs are heavily redacted, but a key passage revealed the FBI believed Page had been “collaborating and conspiring with the Russian government.”

The application accused Page of being “an agent of a foreign power.”

The FISA application to surveil Page has been a point of contention for lawmakers in Congress. Republicans have repeatedly claimed the warrant constituted FISA abuse, while Democrats have rejected those allegations.