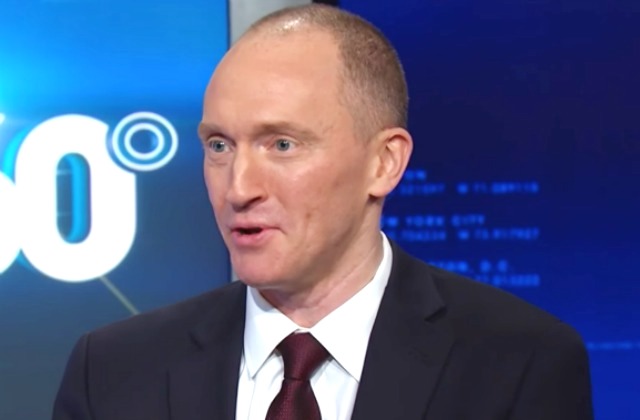 There’s yet another big report coming out of Carter Page‘s testimony yesterday, this time with the revelation he reportedly acknowledged he met with Russian government officials during his trip to Moscow.

And as the Times notes, he previously did not say the same:

The new details of the trip present a different picture than the account Mr. Page has given during numerous appearances in the news media in recent months and are yet another example of a Trump adviser meeting with Russians officials during the 2016 campaign. In multiple interviews with The New York Times, he had either denied meeting with any Russian government officials during the July 2016 visit or sidestepped the question, saying he met with “mostly scholars.”

The Times now has Page confirming those meetings, with him saying, “I had a very brief hello to a couple of people. That was it.”

He said there was a “senior person” he met with, but declined to provide a name.

And an email he wrote was shared during that testimony:

Shortly after the trip, Mr. Page sent an email to at least one Trump campaign aide describing insights he had after conversations with government officials, legislators and business executives during his time in Moscow, according to one person familiar with the contents of the message. The email was read aloud during the closed-door testimony…

He confirmed that an email he had written to the campaign after that trip to Moscow was presented to him during Thursday’s appearance before the House Intelligence Committee.

UPDATE 3:10 PM ET: Josh Rogin noted that Page publicly disclosed his meeting with Russian officials over a year ago.