Trump Attacks Chris Wray: 'The FBI Has No Leadership' 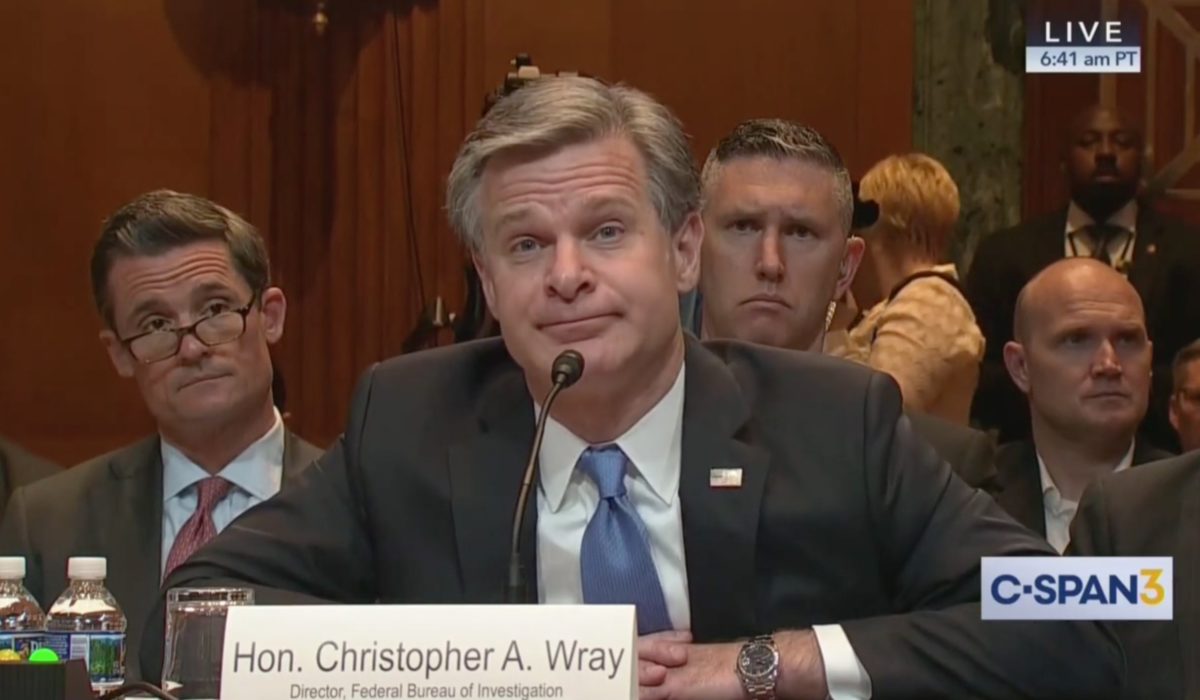 President Donald Trump attacked FBI chief Chris Wray on Sunday night as he railed against his political enemies in an extensive tweetstorm.

About a day after wailing on former White House Counsel Don McGahn, Trump slammed Democrats and “the Fake News media” in a free-wheeling online tantrum. At one point, Trump amplified a quote from Judicial Watch’s Tom Fitton, who slammed Wray by saying “The FBI has no leadership. The Director is protecting the same gang…..that tried to overthrow the President through an illegal coup.”

“Just another abuse of power in a long series of abuses of power by the Democrats that began during the Obama Administration, continued through the Mueller FBI operation, & now the baton has been passed to Jerry Nadler to continue to abuse power to harass President Trump..

….and the Democrat National Committee-The Democrat Party apparatus-has been caught using donor Dollars to Collude with Russian Intelligence to attack a domestic political opponent (me). The FBI has no leadership. The Director is protecting the same gang…..that tried to….

….overthrow the President through an illegal coup.” (Recommended by previous DOJ) @TomFitton @JudicialWatch

Trump and Wray (who was appointed by the president) have contradicted each other numerous times on key matters surrounding the investigations of Russian activity during the 2016 election. Most recently, Wray drew headlines after disagreeing with Attorney General Bill Barr‘s characterization for whether the Trump 2016 campaign was spied on.