Trump Fed Pick Stephen Moore Responds After His Sexist Articles Are Unearthed: It ‘Was a Spoof’ 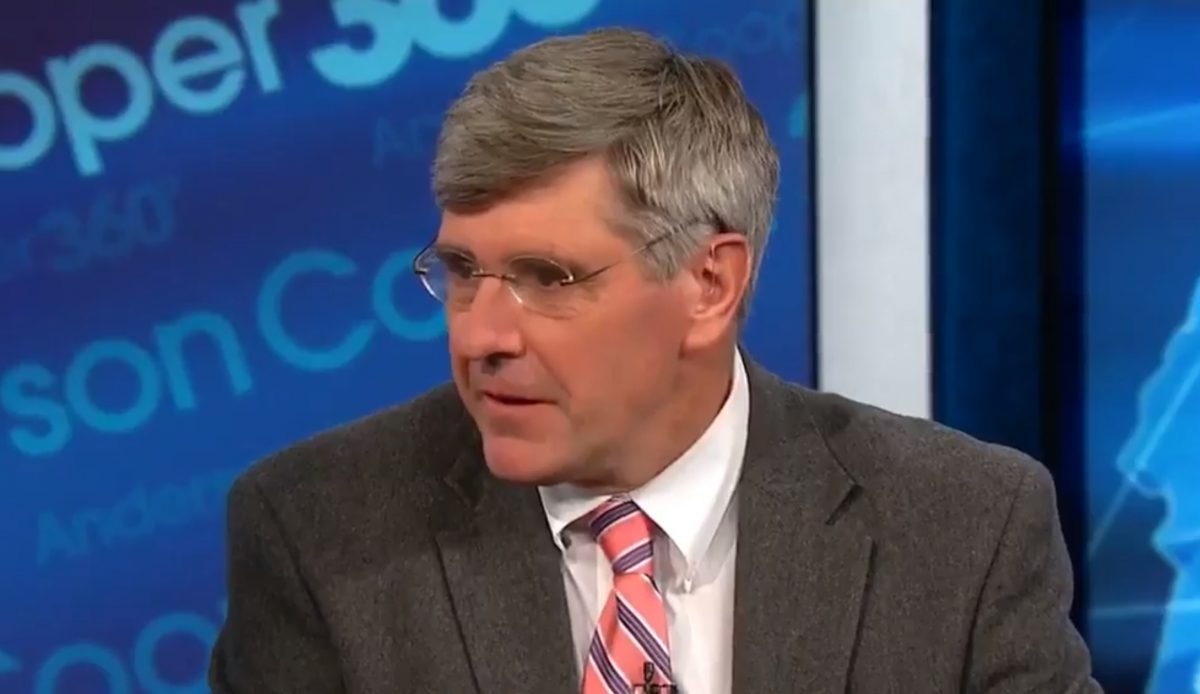 Conservative economic writer Stephen Moore, who is President Donald Trump‘s pick to serve on the Federal Reserve Board, claimed that several old, sexist articles he wrote for National Review were a joke.

“This was a spoof,” Moore claimed to CNN, despite writing four pieces with similar misogynistic themes over the course of a number of years. “I have a sense of humor.”

In the articles, which were unearthed by CNN and dated from 2000 to 2003, Moore made sexist comments about a number of women — ranging from his wife to female sports journalists.

“Women are sooo malleable! No wonder there’s a gender gap,” he said in one article from 2000 mocking his for voting for Democrats.

Moore, writing in a 2002 piece, opined about the “un-American” problems rising up in the NCAA March Madness basketball tournament — mainly, women.

“Here’s the rule change I propose: No more women refs, no women announcers, no women beer venders, no women anything,” he wrote to commemorate the 2002 tournament. “There is, of course, an exception to this rule. Women are permitted to participate, if and only if, they look like [longtime ex-ESPN and CBS sportscaster] Bonnie Bernstein.”

“The fact that Bonnie knows nothing about basketball is entirely irrelevant,” Moore added, while also insisting sports broadcaster Bonnie Bernstein be required to wear halter tops.

In the same column, Moore also attacked women officials — arguing that they have no place making calls in a male sports league.

“How outrageous is this? This year they allowed a woman ref a men’s NCAA game,” he wrote. “Liberals celebrate this breakthrough as a triumph for gender equity. The NCAA has been touting this as example of how progressive they are. I see it as an obscenity.”

“Is there no area in life where men can take vacation from women? What’s next? Women invited to bachelor parties? Women in combat? (Oh yeah, they’ve done that already.)” He continued. “Why can’t women ref women’s games and men the men’s games. I can’t wait to see the first lady ref have a run in with [former Indiana basketball coach] Bobby Knight.”

While Moore claims the articles were a joke, he doubled down on the comments as far back as 2003 after critics called him sexist for an article on basketball supposedly being ruined by women involvement.

“Several readers (all women) have called and e-mailed complaining about my last column as ‘sexist’ because I said that women shouldn’t be permitted to ref the men’s game,” Moore wrote after his 2003 article on the “serious problem” of “the feminization of basketball” caused an uproar. “Their retort was: ‘Well then why should men ref the women’s games?’ Look, for all I care the women can use chimpanzees to ref their games. I hate women’s basketball.”