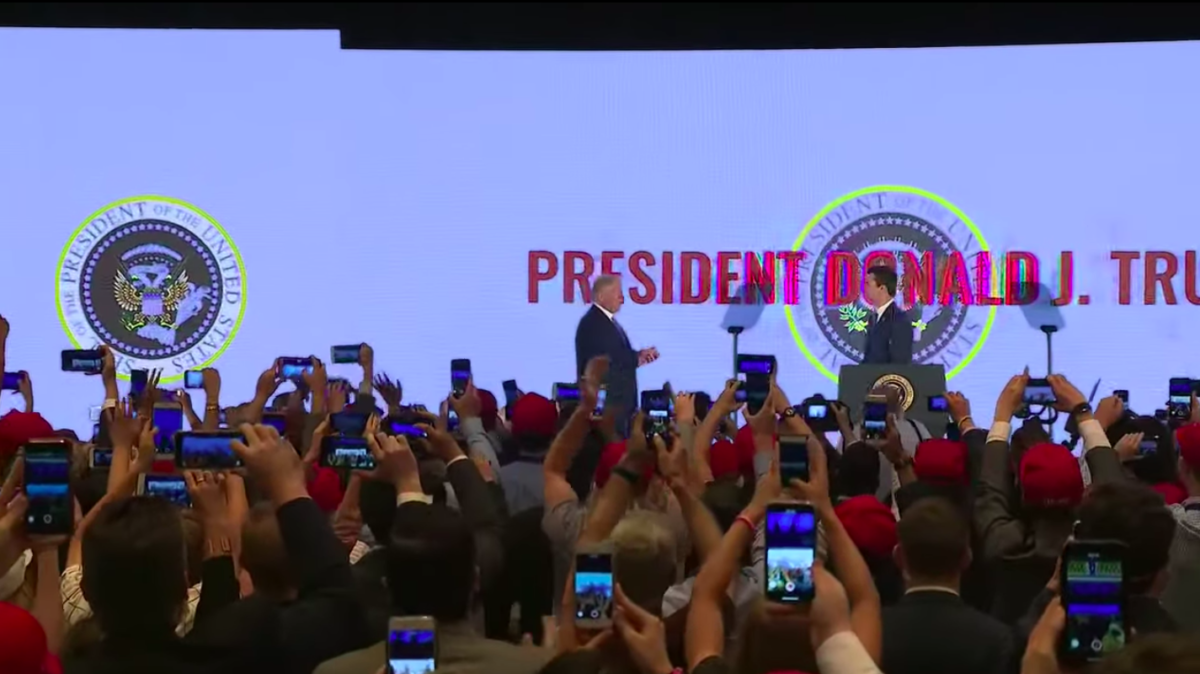 While speaking at a conference the right-wing youth group Turning Point USA on Tuesday, President Donald Trump shared the stage with a gigantic, parody version of the presidential seal, which was made to resemble the Russian coat of arms as well as showcase Trump’s love for golf.

It is unclear how the fake seal got there — both TPUSA and the White House state they did not notice of the oddity during his speech — but a large screen that made up Trump’s backdrop during his talk displayed an American eagle with two heads instead of one; the bird is also clutching golf clubs and dollar bills. The two-headed eagle is a symbol that has long been used to represent Russia — it was a part of the pre-Soviet Russian Empire’s coat of arms. The icon is also incorporated into the flags and national symbols of Balkan states like Albania, Serbia, and Montenegro.

The White House denied having knowledge of the symbol when reached for comment by the Washington Post. It appears to have been taken from an anti-Trump parody website that sells posters riffing on the president’s highly scrutinized ties to Russia. The White House advised the paper to ask TPUSA about the mishap.

The flack went on to note that the pro-Trump youth group does not “know where they got the image from,” adding, “Somewhere there was a breakdown. I think it was as simple as a rushed move throwing up an image, and it was the wrong one. It was an A/V mistake . . . it certainly wasn’t our intention.”

How did Trump end up in front of a presidential seal doctored to include a Russian symbol? https://t.co/3amAXtPWBh pic.twitter.com/iE2EMu9zNy