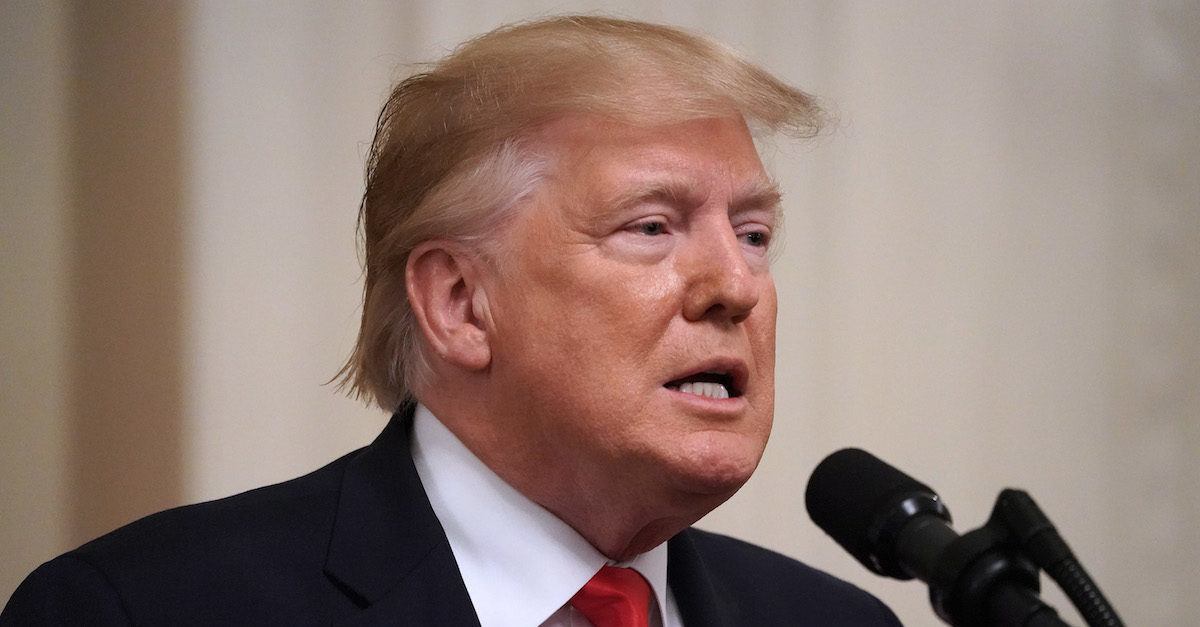 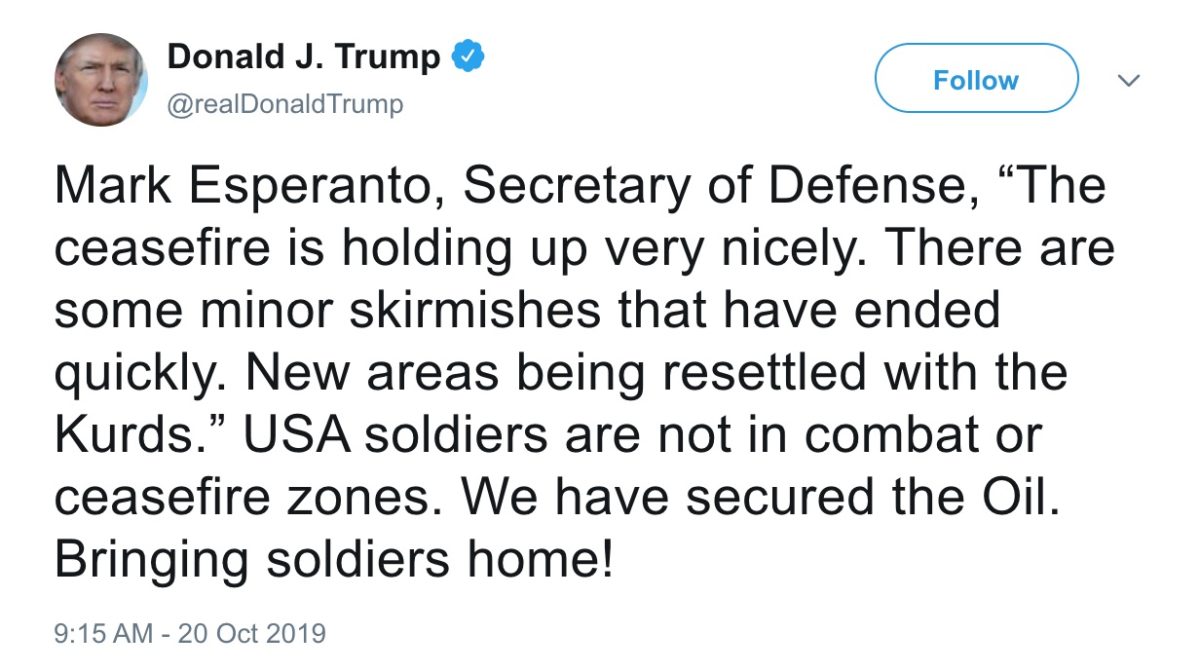 Mark Esperanto, Secretary of Defense, “The ceasefire is holding up very nicely. There are some minor skirmishes that have ended quickly. New areas being resettled with the Kurds.” USA soldiers are not in combat or ceasefire zones. We have secured the Oil. Bringing soldiers home!

The tweet was up for over 90 minutes before being taken down. Twitter had a field day with the bizarre typo:

This is such a good auto-correct. https://t.co/z2QIST553C

So much wrong in this tweet. US troops are not coming home, they are going to Iraq. We don’t have the oil. And the Defense Secretary’s name is not “Esperanto.” https://t.co/1Dq7kHfIhy

So Mark Esper has to change his name to Mark Esperanto now. I don’t make the rules

Mark Esperanto is not the name of the Secretary of Defense but it 100% sounds like the name of someone who gets arrested for working with Rudy Giuliani pic.twitter.com/Goaf8SXhDI

I’m not sure who Trump is referring to, but I’m travelling with Defense Secretary Esper and cant recall the quote Trump is using. While speaking with us Enroute to Afghanistan, Esper also made no mention of new areas being resettled with Kurds or oil. pic.twitter.com/VAN9IQ13At

I am on the same trip and did not hear Esper mention resettled Kurds or oil. Or a name change. https://t.co/3rgvHrmDLf