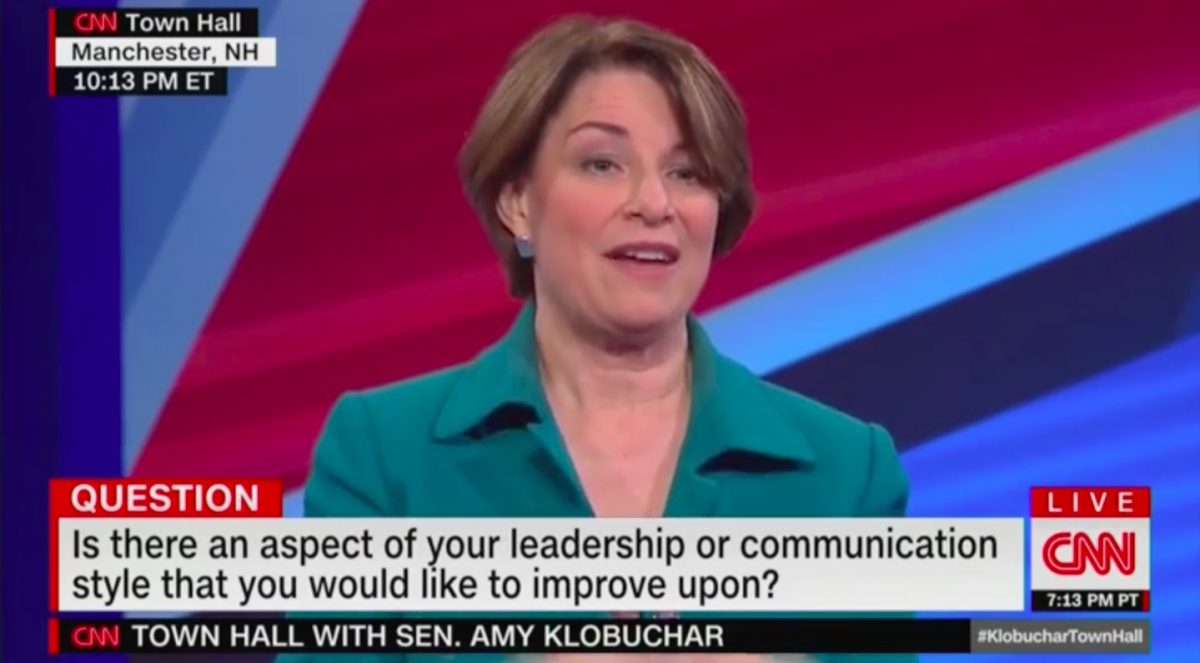 The ratings are in for the CNN town hall that hosted for presidential candidate Sen. Amy Klobuchar (D-MN) Monday night. And they are not good.

CNN’s town halls with 2020 presidential contenders have been very much hit or miss thus far. Last Monday’s hour-long forum with ex-Starbucks CEO Howard Schultz also came in third on the evening it aired. Their candidate town hall with Senator Kamala Harris (D-CA) performed somewhat well, but they also misled people in their statement on just how successful it was.

In their statement, CNN said the town hall was the “most watched cable news single candidate election town hall ever,” saying it averaged 1.957 million viewers.

While it was most watched for the network, it was not the most watched “ever” since Fox News hosted a town hall event in 2016 with only then-presidential candidate Donald Trump and it had 2.7 million total viewers.

Further, for as well as the Harris town hall did relative to others, it placed third that evening in overall viewers — trailing both Fox News and MSNBC.