Brian Kilmeade: Trump ‘Must Realize He Made a Huge Mistake’ Withdrawing Troops from Syria

Brian Kilmeade continued to be the one Fox & Friends host brave enough to share critical opinions about President Donald Trump, calling his decision to withdraw U.S. military aid to Syria a “huge mistake.”

This comment came on Monday morning after reports of alleged atrocities occurring in Northern Syria by the hands of Turkish soldiers going after Kurdish forces that have been left dangerously unsupported as a result of Trump’s unilateral decision to withdraw military support to an American ally in its fight against ISIS.

The recent instability caused by Trump’s decision has led to bipartisan condemnation and a recent threat for economic sanctions towards Turkey to help pressure the Turkish leader Recept Erdogan to change his direction, news of which led to Kilmeade’s comment.

After a news report, Kilmeade offered “It’s been worse than anyone could have imagined,” before describing his understanding of what’s happening in Northern Syria.

He then turned to how it’s playing domestically saying “It’s bipartisan outrage,” and offered “the president must realize he made a huge mistake and listen, and just say listen, I had a conversation with Erdogan, he misled me like he’s misled everyone in the region.”

If one looks closely at the precise moment that Kilmeade offered Trump criticism, co-hosts Steve Doocy and Ainsley Earhardt appear to wincingly purse their lips and look off-camera, perhaps looking at showrunner Gavin Hadden? A screenshot of that moment: 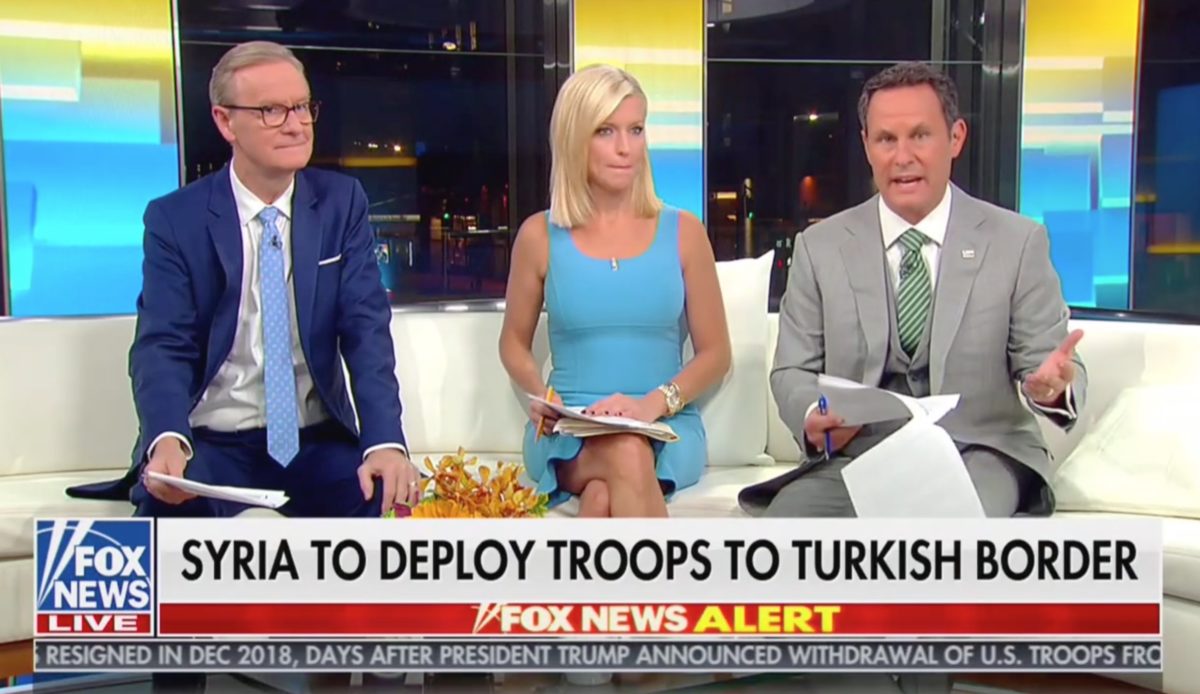 Fox & Friends has long been one of President Trump’s very favorite shows on Fox News, in large part due to the opinion program almost always promoting a pro-Trump point of view.