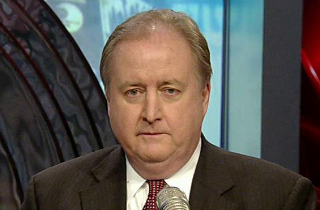 Magee has overseen the day-to-day operations of FBN since its inception as a sister network for the Fox News brand, and has been part of the Fox family since 2001. Prior to that, he was an executive producer for CNBC and a senior producer for Good Morning America.

I’m writing you today to tell you that I am leaving FOX Business and Fox News Radio. I’ve been thinking this over for a while now and it was a difficult decision to reach.

It’s impossible to overstate how wonderful my stay here has been in every possible way, but mostly because I got to work with the most professional, hardest-working and smartest group of people in the business. And, boy, did we have fun.

And then there’s Roger Ailes who allowed me incredible opportunities over the last 13+ years first at FOX News, and later at both FOX Business and Fox News Radio. He has been so understanding over the last few weeks as I discussed my plans for the future with him. Thank you, Roger.

As for that future, there will be more for me, but nothing I am prepared to announce today. I’m going to take a week or so to clean up some things. I hope to see many of you personally to thank you.

[Full disclosure: From 2009 to 2012, the author of this article was an employee of the Fox Business Network.]