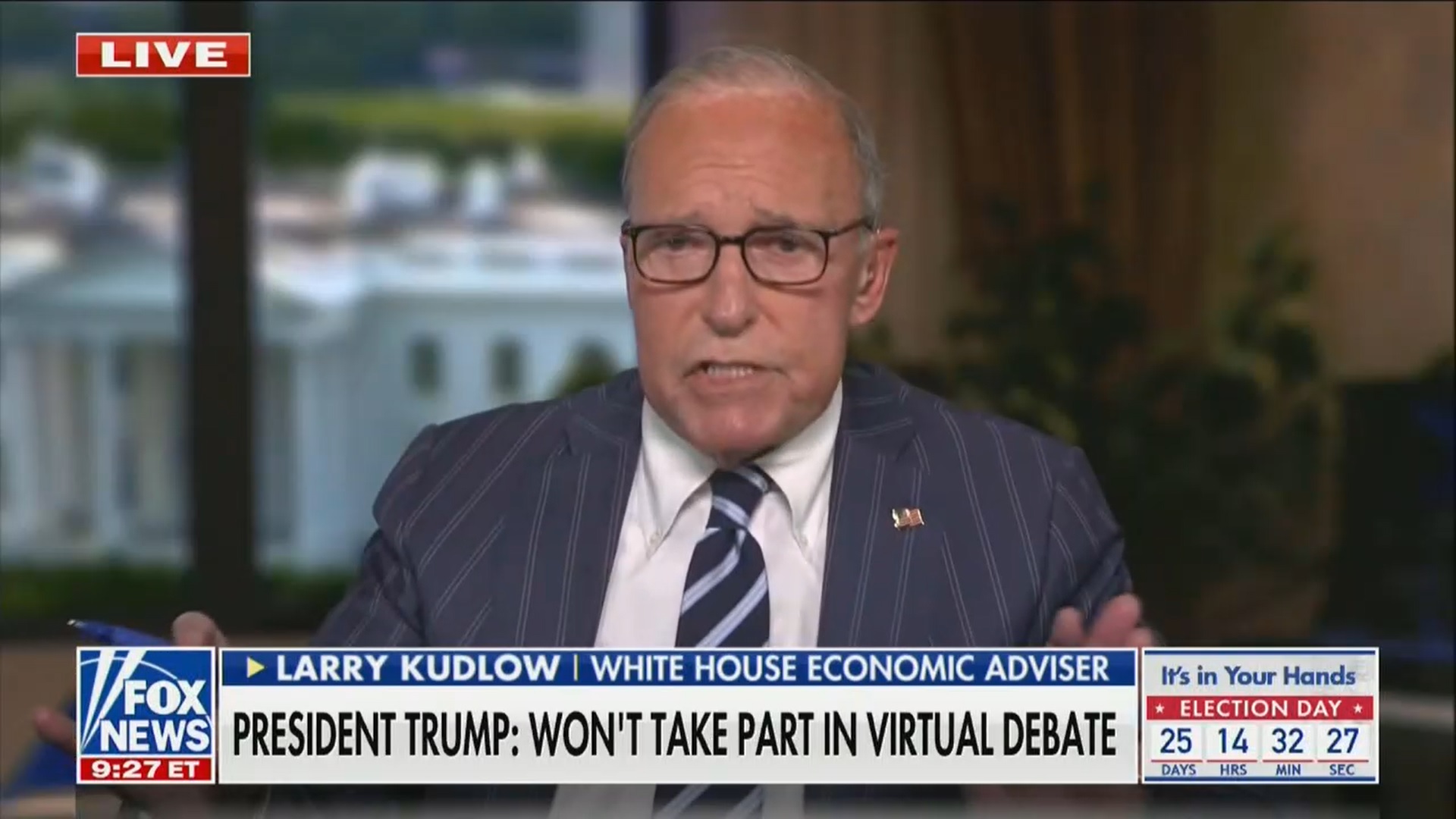 Kudlow will initially provide analysis of domestic and global issues across all Fox News platforms, according to the statement. Details of his show were not provided, and will be announced at a later date.

“Larry’s vast experience in policy making coupled with his intuitive on-air presence will add depth and insight to our business analysis programming,” said Fox CEO Suzanne Scott. “We are excited to welcome him to the Fox News Media team and look forward to creating a show that utilizes his immense expertise to help guide viewers through this unprecedented time of economic uncertainty.”

“Fox News Media was among the first news organizations in the country to understand the critical importance of the relationship between Washington and Wall Street,” Kudlow said in the announcement. “I’ve long admired their insightful coverage and am excited to join many of my former colleagues now at FBN, creating a show that speaks to the real issues truly impacting Americans.”

Trump named Kudlow Assistant to the President for Economic Policy and Director of the National Economic Council in 2018, where he coordinated the administration’s domestic and economic policy agenda.

Kudlow is no stranger to cable business and financial news. Before joining the Trump administration, Kudlow was a senior contributor for CNBC, where he had been a presence since the network’s founding in 1989. He hosted multiple shows there, including The Kudlow Report, and made regular appearances on Squawk Box. He has also been a nationally syndicated columnist, was the senior editor of National Review magazine, and has authored two books.

Kudlow’s economic bona fides include serving as chief economist and senior managing director at now-defunct global investment bank, securities trading and brokerage firm Bear Stearns from the late-1970s through 1994. He temporarily stepped away from this role to serve in the administration of former President Ronald Reagan from 1981 to 1985, as associate director for economics and planning at the Office of Management and Budget.

Disclosure: Marisa Sarnoff was previously a news researcher at Fox News from 2015-2020.